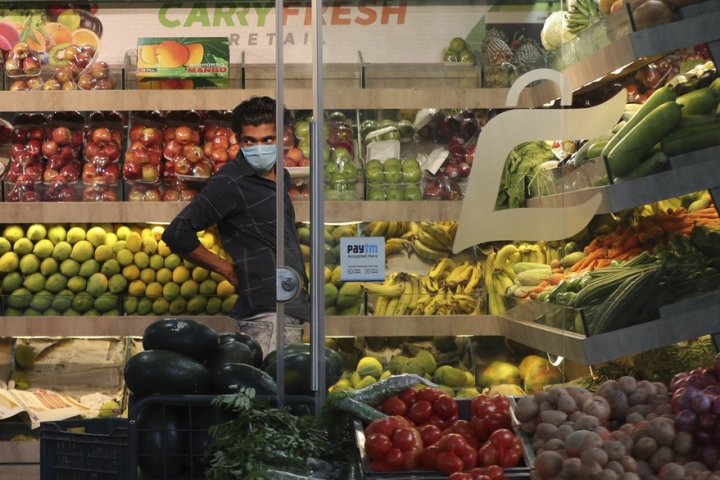 A tentative easing around the world of coronavirus lockdowns gathered pace Saturday with the reopening in India of neighbourhood stores that many of the country’s 1.3 billion people rely on for everything from cold drinks to mobile phone data cards.

The relaxation of the super-strict Indian lockdown came with major caveats. It did not apply to hundreds of quarantined towns and other hotspots that have been hit hardest by the outbreak that has killed at least 775 people in India and terrified its multitudes of poor who live hand-to-mouth in slum conditions too crowded for social distancing.

“This is a good decision,” said Amit Sharma, an architect. “We have to open a few things and let the economy start moving. The poor people should have some source of income. This virus is going to be a long-term problem.”

Last week, India also allowed manufacturing and farming activities to resume in rural areas to ease the economic plight of millions of daily wage-earners left without work by the country’s lockdown imposed March 24. India’s stay-home restrictions have allowed people out of their homes only to buy food, medicine or other essentials.

Elsewhere in Asia, authorities on Saturday reported no new deaths for the 10th straight day in China, where the virus originated.

You should also READ  Controversial Seattle protest zone to be removed after recent shootings, mayor vows

And South Korea reported just 10 fresh cases, the eighth day in a row its daily jump came below 20. There were no new deaths for the second straight day.

In Sri Lanka, however, the lockdown was tightened, not eased, confirming a pattern of one-step-forward, one-step-back also seen elsewhere as countries battle the pandemic, trying to juggle public health against the health of shut-down economies.

Sri Lanka had partially lifted a monthlong curfew during daytime hours in more than two thirds of the country. But it reimposed a 24-hour lockdown countrywide after a surge Friday of 46 new infections, the highest increase in a day on the Indian Ocean island. The new curfew remains in effect until Monday.

The global death toll climbed Saturday toward 200,000, according to a tally compiled by John Hopkins University from government figures. The actual death toll is believed to be far higher.

Pope Francis appealed to people to pray for funeral home workers, saying: “What they do is so heavy and sad. They really feel the pain of this pandemic.”