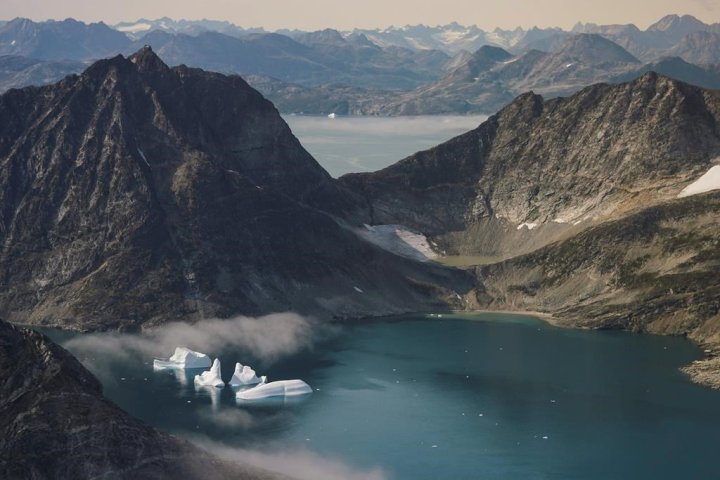 The top of the world is turning upside down, says the first overall assessment of Canada’s Arctic Ocean.

The work of dozens of federal scientists and Inuit observers, it describes a vast ecosystem in unprecedented flux: from ocean currents to the habits and types of animals that swim in it.

The Arctic Ocean, where climate change has bitten deepest, may be changing faster than any other water body on Earth, said lead scientist Andrea Niemi of the Department of Fisheries and Oceans.

“As the Arctic changes, the rest of the ecosystem is going to track with those changes,” she said. “There isn’t going to be a delay.”

Changes are coming so fast scientists haven’t even had a chance to understand what’s there.

Sixty per cent of the species in the Canada Basin — like the worms found living in undersea mud volcanoes and living off expelled methane — are yet to be discovered, the report suggests

“Who knows what else is down there?” Niemi asked. “So much in the Arctic, we’re still at step one.”

The first assessment of fish species in the Beaufort Sea wasn’t done until 2014, she said.

Still, changes are hard to miss, right down to the makeup of the water.

It’s 33 per cent less salty than in 2003 and about 30 per cent more acidic — enough to dissolve the shells of some small molluscs. The Beaufort Gyre, a vast circular current that has alternated direction every decade, hasn’t switched in 19 years.

Nutrient-rich water from the Pacific Ocean isn’t getting mixed in as it used to, which affects the plankton blooms that anchor the Arctic food web. Sea ice is shrinking and thinning to the point where Inuit communities can’t get to formerly dependable hunting grounds.

Shorelines are on the move. Erosion has more than doubled in the last few decades.