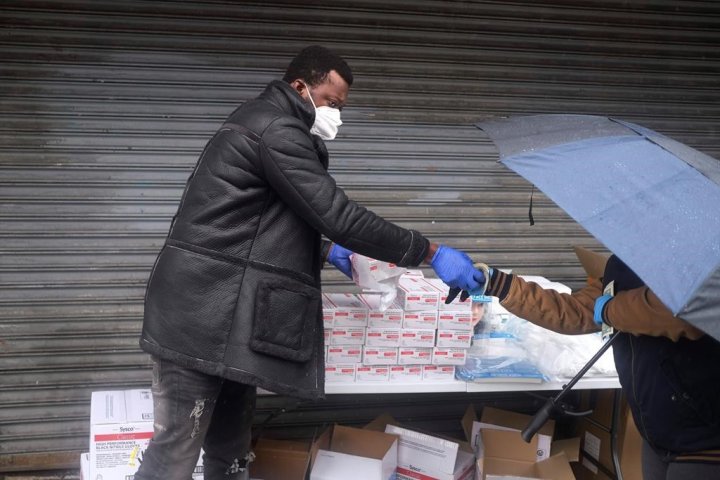 New York’s daily coronavirus death toll dropped to below 400, less than half of the deaths recorded at the height of the coronavirus crisis in the state’s hospitals.

Details on developments in the coronavirus outbreak in New York:

Gov. Andrew Cuomo said the 367 deaths from the coronavirus that he reported Sunday were “horrific,” but the number was less than half the nearly 800 deaths that occurred in a single day during the pandemic’s peak in New York.

It is the first time this month that the statewide daily death toll has been below 400.

He also reported that the number of hospitalizations, which still topped 1,000, and the number of individuals put on a ventilator had dropped as well.

The deaths recorded Saturday and reported Sunday included 349 patients who died in hospitals and 18 individuals who died in nursing homes, the Democratic governor said.

On Saturday, Cuomo said there were 437 deaths on Friday.

“Short term, the numbers are on the decline.” Cuomo said. “Everything we’ve done is working. The policies are working. There’s no doubt that at this point, we’ve gone through the worst.”

In another sign of the improving numbers, the final patient on the USNS Comfort was discharged on Sunday. The 1,000-bed hospital ship, docked at a Manhattan pier since March 30, has treated 182 patients. Soon, it will depart for its homeport in Norfolk, Virginia.

Construction and manufacturing jobs that represent low risks for workers will be among the first to resume once New York state begins reopening after the coronavirus shutdown, the state’s governor said Sunday.

Retail jobs and workers in the hospitality and hotel industry may be among the last to return, Gov. Andrew Cuomo said at his news conference.

And sports such as baseball probably will have to figure out if the economics work without fans in the stands, he said.