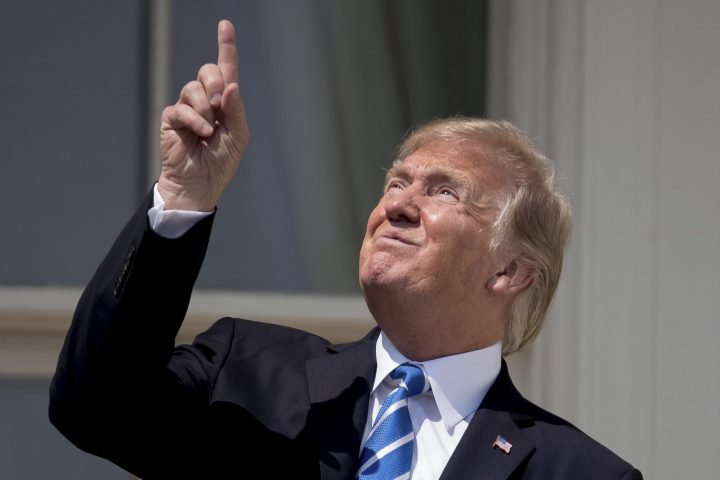 Call any poison control hotline and they’ll tell you the same thing: don’t drink or inject disinfectant, regardless of what U.S. President Donald Trump says on TV.

Emergency hotlines in multiple states have reportedly received hundreds of calls from people asking about using disinfectant to counter the coronavirus after Trump openly wondered if it was a good idea at a press briefing.

It was a terrible idea, as health experts universally pointed out after the fact.

Nevertheless, the Republican governor of Maryland and the Democratic governor of Michigan say “hundreds” of people called state hotlines to ask about the idea, which Trump floated while attempting to guess a cure to COVID-19 last week.

Trump didn’t actually tell people to inject bleach — as many of his defenders have pointed out — but he did treat it as an idea worth legitimate investigation.

It is not a legitimate idea, but hundreds of Americans reportedly thought about it enough to give poison control a call over the weekend.

“I think when misinformation comes out or you just say something that pops into your head, it does send a wrong message,” Maryland Gov. Larry Hogan said on ABC’s This Week on Sunday.

“We had hundreds of calls come in to our emergency hotline at our health department asking if it was right to ingest Clorox or alcohol cleaning products, whether that was going to help them fight the virus,” he said.

You should also READ  Experts weigh the pros and cons of food pickup, delivery amid coronavirus

The Maryland Emergency Management Agency also tweeted a reminder not to ingest or inject disinfectant under any circumstances on Friday amid a surge in calls.

Michigan Gov. Gretchen Whitmer, one of Trump’s many Democratic targets on Twitter during the crisis, also reported an increase in calls after he made the remarks.