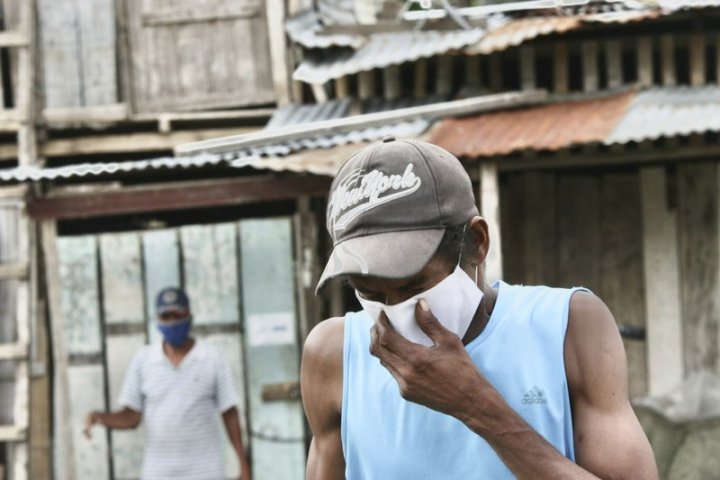 The U.N. humanitarian chief said Monday that $90 billion could provide income support, food and a health response to the coronavirus pandemic for 700 million of the world’s most vulnerable people — a price tag just 1 percent of the $8 trillion stimulus package the 20 richest countries put in place to safeguard the global economy.

Mark Lowcock told a video briefing most experts agree that the peak of the COVID-19 pandemic hasn’t reached the poorest parts of the world, but may peak in the next three to six months.

He said about 700 million people — 10 percent of the world’s population — are most vulnerable and concentrated in about 30 to 40 countries which already receive humanitarian assistance and will see a big drop in incomes as the virus spreads and governments impose restrictive measures and lock downs.

“If you wanted to protect them against that drop in income, then probably for about $60 billion you could do that,” Lowcock said.

And for something like $30 billion, he said, people facing the threat of starvation can get food, and the health response to COVID-19 can be financed.

Lowcock said probably two-thirds of the $90 billion could come from international financial institutions like the World Bank and the International Monetary Fund.

“They would need to change the terms on which they provide assistance to some people,” he said. “So, for example, they would need to reduce interest rates and provide some debt relief. But they have the firepower if they were given a bit more subsidy to probably meet about two-thirds of the costs.”

Lowcock said the remaining one-third could be financed by a one-time increase in government development assistance.

He said the argument he’s making is that a one-off 20 percent increase “will save you having to deal with a 10-year problem.”

“$90 billion is a lot of money but it is an affordable sum of money,” he said.

The U.N. is not going to appeal for $90 billion, Lowcock said, but “what I am suggesting is a lot of the suffering and loss of life can be contained within sums of money which are imaginable.”

Holding Olympics in 2021 will be ‘difficult’ without coronavirus vaccine: official