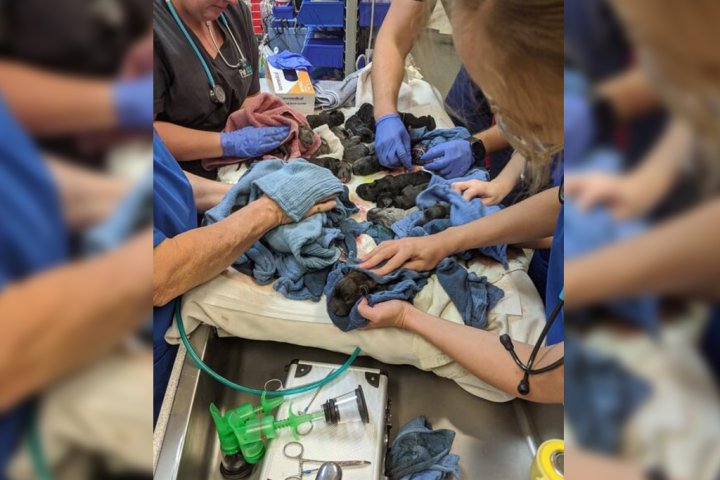 Shadow, a Neopolitan mastiff, gave birth to a litter of a whopping 21 puppies on April 20, breaking the current Australian record of 19.

Typically, the average litter for this breed is six to 10 puppies.

The furry bundles of joy were delivered via emergency C-section at Underwood Hospital.

Brisbane-based Animal Emergency Service shared an adorable video of the newborn puppies mingling together in cardboard boxes, just hours after being born.

When Shadow arrived at the veterinarian clinic, she’d already given birth to three puppies at home, the Animal Emergency Service blog reads. When one puppy died, and four hours went by with no activity, the owner brought her in.

“We took radiographs straight after Shadow’s arrival to see if any more puppies were on the way and made the amazing discovery of 10 plus puppies inside,” Dr. Patrycja Zimmermann said in the post.

“We quickly checked the fetal heartbeats, and were praying for the best outcome for her.”

A total of 10 vets were needed on hand to help deliver the 21 puppies, of which 18 survived.

New mom Shadow is happy and healthy at home in recovery.

The previous title for Australia’s largest puppy litter was shared by Melody the Dalmatian in Albury and Minnie the American bulldog, the blog post says, both with litters of 19 puppies.

The largest dog litter ever, according to Guinness World Records, was a total of 24 puppies born to a Neopolitan mastiff named Tia in 2004.