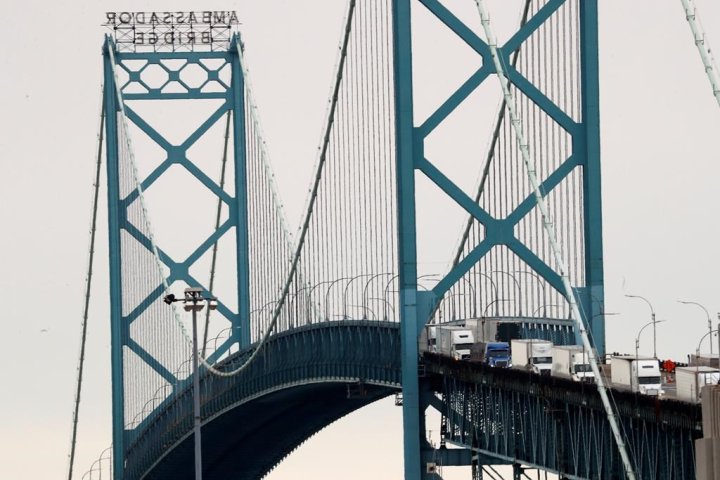 The U.S. economy contracted in the first quarter at its sharpest pace since the Great Recession as stringent measures to slow the spread of the novel coronavirus almost shut down the country, ending the longest expansion in the nation’s history.

READ MORE: Canada’s GDP shrank by 9% in March amid COVID-19

The decline in gross domestic product (GDP) reflected a plunge in economic activity in the last two weeks of March, which saw millions of Americans seeking unemployment benefits. The Commerce Department’s snapshot of first-quarter GDP on Wednesday reinforced analysts’ predictions that the economy was already in a deep recession.

“The economy will continue to fall until the country opens back up,” said Chris Rupkey, chief economist at MUFG in New York. “If the economy fell this hard in the first quarter, with less than a month of pandemic lockdown for most states, don’t ask how far it will crater in the second quarter.”

Gross domestic product declined at a 4.8% annualized rate last quarter, weighed down by sharp decreases in consumer spending and a drawdown of inventory at businesses. That was the steepest pace of contraction in GDP since the fourth quarter of 2008. A deepening downturn in investment by businesses was another major factor in the slump last quarter, helping to overshadow positive news from a shrinking import bill, the housing market and more spending by the government.

Economists polled by Reuters had forecast GDP falling at a 4.0% rate last quarter, though estimates were as low as a 15.0% pace. The economy grew at a 2.1% rate in the fourth quarter.

The Commerce Department’s Bureau of Economic Analysis (BEA)said that it could not quantify the full effects of the pandemic, but that the virus had partly contributed to the decline in GDP in the first quarter.

The BEA said “stay-at-home” orders in March had “led to rapid changes in demand, as businesses and schools switched to remote work or canceled operations, and consumers canceled, restricted, or redirected their spending.”

Many factories and nonessential businesses like restaurants and other social venues were shuttered or operated below capacity amid nationwide lockdowns to control the spread of COVID-19, the potentially lethal respiratory illness caused by the virus. The sharp contraction in GDP, together with record unemployment, could pile pressure on states and local governments to reopen their economies.

It could also spell more trouble for President Donald Trump following criticism of the White House’s initial slow response to the pandemic, as he seeks re-election in November. Confirmed U.S. COVID-19 infections have topped one million, according to a Johns Hopkins University tally.