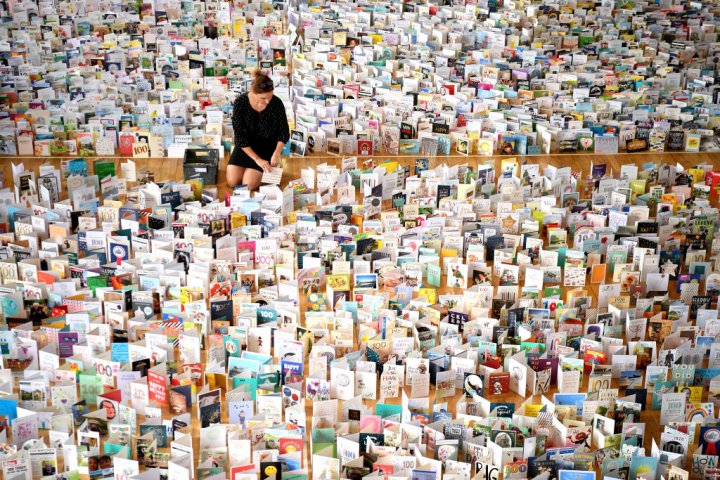 A Second World War veteran who’s raised $50 million for coronavirus relief in the U.K. has received more than 125,000 birthday cards leading up to his big day on Thursday.

Earlier this month, 99-year-old Capt. Tom Moore, walked laps of his garden with his walker to raise money for health-care workers fighting on the front lines of the COVID-19 pandemic.

After raising more than $50 million, he became a worldwide hero for his perseverance. Even before his official 100th birthday on Thursday, he received a whopping 125,000 birthday cards from those inspired by him.

A school attended by Moore’s grandson, Benjie Ingram-Moore, has been flooded with cards from well-wishers, the BBC reports.

And they weren’t just from average Joes — big names like Prince William and Kate Middleton sent him their love, too. The duke and duchess even wished him well in a video message shared in a BBC Breakfast interview on April 17.

When Moore’s grandson found out that the post office was being overwhelmed with cards, he asked his school to help out in storing them.

“The volume of cards that have been sent to grandad is just astonishing,” 16-year-old Benjie told the BBC.

“So many of the cards are truly heartfelt with thousands from young children who have taken the time to use their artistic talent and write a personal message.”

The Second World War veteran first gained global esteem earlier this month when his daughter, Hannah Ingram-Moore, offered to pay him to walk lengths of the garden at their Marston Moretaine, Bedfordshire home.

“I told him, ‘I’ll give you a pound for every length that you do, and if you do 100 by your 100th birthday, that’ll be 100 pounds,’” Ingram-Moore, who lives with her father 80 kilometres north of London, told NBC News.

Two weeks later, Moore had raised over £19 million (C$33 million) on his fundraising page, which was donated to the U.K.’s National Health Service (NHS).