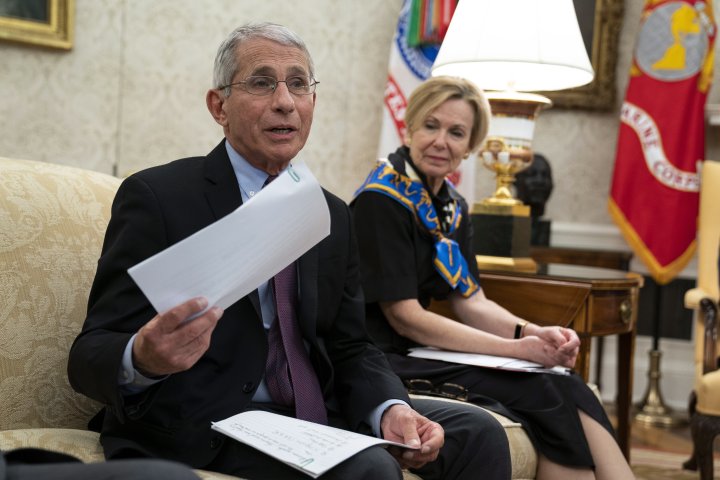 Anthony Fauci tells NBC’s Today show Thursday that he anticipates the go-ahead for the emergency use of Remdesivir to happen “really quickly.”

He says he spoke with FDA Commissioner Stephen Hahn on Wednesday, and while Hahn had yet to make a final decision, “I would project that we’re going to be seeing that reasonably soon.” The drug was shown in a major study to shorten recovery time of hospitalized patients.

Fauci said the drug’s manufacturer has committed to scaling production of the drug as quickly as possible as the world hunts for an effective treatment and ultimately a vaccine.

Fauci has been working on a project to fast track the development of a vaccine by mass producing formulas that appear safe and effective before they’re fully vetted. The goal is to get hundreds of millions of doses to the public by January.