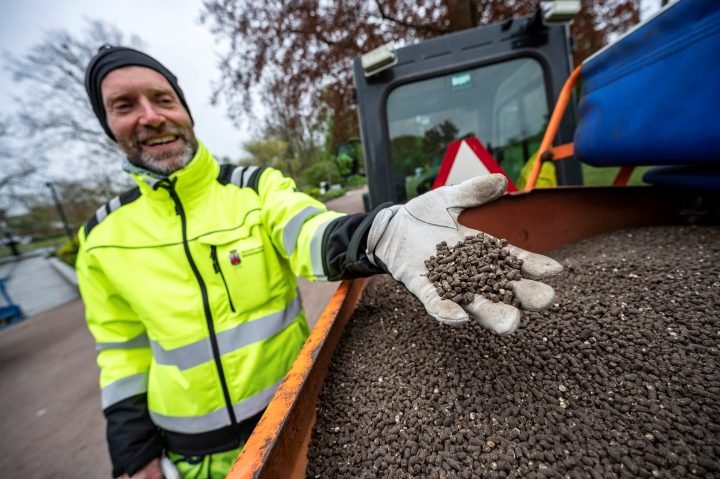 Officials in Lund, Sweden, are using a crappy but brilliant tactic to play the role of party poopers in the middle of the coronavirus pandemic.

They’re quite literally dumping poop — that is, chicken poop — all over the city’s park to ruin a major festival.

City leaders say they’re using the drastic measure to stop feather-brained locals from flocking to the park for Walpurgis Night, an annual spring festival that involves bonfires and drinking. The festival is also commonly referred to as Valborg.

Sweden has tried and largely struggled to endure the COVID-19 threat by using the honour system, rather than government-enforced lockdowns, to encourage social distancing. But as cases pile up and citizens continue to ignore public health advice, some politicians are looking for other ways to discourage “covidiots” from putting others at risk.

That’s why city officials in Lund opted to dump on their own park.

“Lund could very well become an epicentre for the spread of the coronavirus on the last night in April,” Gustav Lundblad, chairman of the city’s environment committee, told the Sydsvenskan newspaper.

He said the chicken poop will serve two purposes: it will fertilize the grass in the park, “and at the same time, it will stink and so it may not be so nice to sit and drink beer.”

You should also READ  Swedish couple to open Table for One, the ‘only restaurant safe during coronavirus’

Lund is known as a university town where thousands of students typically gather for major parties such as Walpurgis Night.

Officials opted to relax their environmental regulations to allow for the drastic tactic, according to Mayor Philip Sandberg.

“This is a park where usually 30,000 people gather, but with COVID-19, this is now unthinkable,” he told Reuters. He added that most students have been respecting the social-distancing recommendations. However, “even a small number of people still going to the park can become a big risk.”