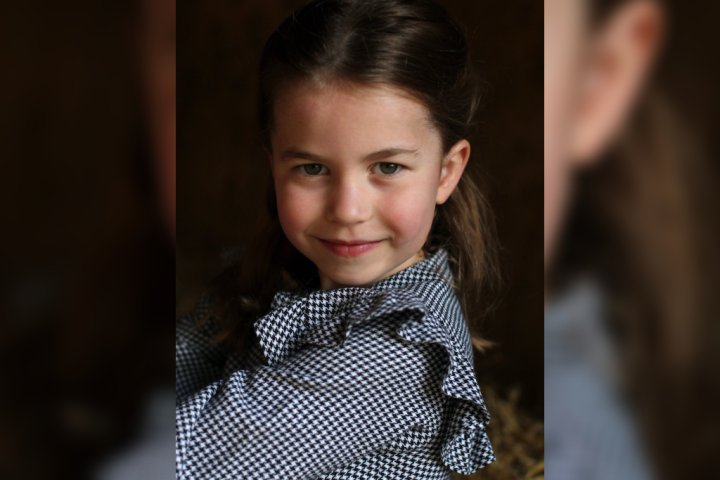 Prince William and Kate Middleton marked their daughter Princess Charlotte‘s fifth birthday with new portraits and giving to the needy during the coronavirus pandemic.

The series of photos was taken by Middleton, a photographer and art history major, in April. They were shared on the couple’s official Twitter account.

In the photos, Charlotte can be seen knocking on a blue door with food in her hand. In another, she smiles while sorting through bags for donation.

“The images were taken by The Duchess as the family helped to pack up and deliver food packages for isolated pensioners in the local area,” the tweet reads.

On her actual birthday, they shared an extra photo — a candid snapshot from the same day in April.

“Thank you for all your lovely messages on Princess Charlotte’s fifth birthday,” they wrote on Twitter.

The pictures were taken on the Sandringham Estate, the Queen’s country estate in Norfolk, CNN reports, where the Royal Family gathers for Christmas every year.

Charlotte’s portraits followed new ones of her little brother, Prince Louis, to ring in his second birthday.