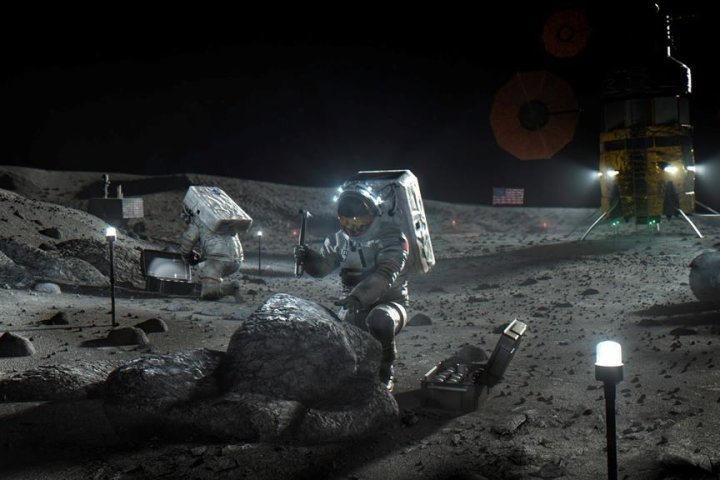 The Trump administration is drafting a legal blueprint for mining on the moon under a new U.S.-sponsored international agreement called the Artemis Accords, people familiar with the proposed pact told Reuters.

The agreement would be the latest effort to cultivate allies around NASA’s plan to put humans and space stations on the moon within the next decade, and comes as the civilian space agency plays a growing role in implementing American foreign policy. The draft pact has not been formally shared with U.S. allies yet.

The Trump administration and other spacefaring countries see the moon as a key strategic asset in outer space. The moon also has value for long-term scientific research that could enable future missions to Mars – activities that fall under a regime of international space law widely viewed as outdated.

The pact also aims to provide a framework under international law for companies to own the resources they mine, the sources said.

In the coming weeks, U.S. officials plan to formally negotiate the accords with space partners such as Canada, Japan, and European countries, as well as the United Arab Emirates, opening talks with countries the Trump administration sees as having “like-minded” interests in lunar mining.

Russia, a major partner with NASA on the International Space Station, won’t be an early partner in these accords, the sources said, as the Pentagon increasingly views Moscow as hostile for making “threatening” satellite maneuvers toward U.S. spy satellites in Earth orbit.

The United States is a member of the 1967 Outer Space Treaty and sees the “safety zones” as an implementation of one of its highly debated articles. It states that celestial bodies and the moon are “not subject to national appropriation by claim of sovereignty, by means of use or occupation, or by any other means.”

“This isn’t some territorial claim,” said one source, who requested anonymity to discuss the agreement. The safety zones – whose size would vary depending on the operation – would allow for coordination between space actors without technically claiming territory as sovereign, he said.

“The idea is if you are going to be coming near someone’s operations, and they’ve declared safety zones around it, then you need to reach out to them in advance, consult and figure out how you can do that safely for everyone.”

ARTEMIS AS ‘NATIONAL POWER’ The Artemis Accords are part of the Trump administration’s plan to forgo the treaty process at the United Nations and instead reach agreement with “like-minded nations,” partly because a treaty process would take too long and working with non-spacefaring states would be unproductive, a senior administration official told Reuters.

As countries increasingly treat space as a new military domain, the U.S.-led agreement is also emblematic of NASA’s growing role as a tool of American diplomacy and is expected to stoke controversy among Washington’s space rivals such as China.