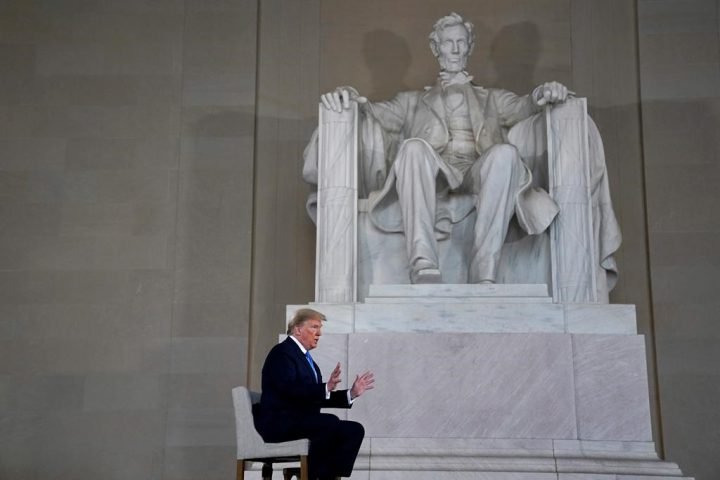 The Trump administration is making ever louder pronouncements casting blame on China for the COVID-19 pandemic, aiming to sidestep domestic criticism of the president’s own response, tarnish China’s global reputation and give the U.S. leverage on trade and other aspects of U.S.-China competition.

U.S. President Donald Trump has vowed to penalize China for what U.S. officials have increasingly described as a pattern of deceit that denied the world precious time to prepare for the pandemic. The opening salvo isn’t in the form of tariffs or sanctions, but in a one-sided accounting of China’s behavior that could yank the Chinese lower on the global reputation meter.

The State Department, the Department of Homeland Security and the White House have all launched public efforts in recent days to lay bare what they say is clear evidence that China tried to mask the scale of the outbreak and then refused to provide critical access to U.S. and global scientists that could have saved lives. More than 250,000 people have died globally from COVID-19, including more than 68,000 in the U.S.

The Trump administration, a senior administration official says, is trying to convince the world that China isn’t playing by the same rules as everyone else, and that may be the biggest punishment for an intensely proud emerging superpower. The official was not authorized to publicly discuss the issue and spoke only on condition of anonymity.

To that end, the administration has pushed its China criticism beyond the bounds of established evidence.

Trump and allies repeat and express confidence in an unsubstantiated theory linking the origin of the outbreak to a possible accident at a Chinese virology laboratory. U.S. officials say they are still exploring the subject and describe the evidence as purely circumstantial. But Trump, aides say, has embraced the notion to further highlight China’s lack of transparency.

Secretary of State Mike Pompeo told ABC’s “This Week with George Stephanopoulos” that there is “enormous evidence” that the virus began in the Wuhan Institute of Virology.

The institute, which is run by the Chinese Academy of Sciences, is about 8 miles, or 13 kilometers, from a market that is considered a possible source for the virus. It has done groundbreaking research tracing the likely origins of the SARS virus, finding new bat viruses and discovering how they could jump to people.

Pompeo said China has denied the U.S. and World Health Organization access to the lab. But Trump says he has seen information that gives him a high degree of confidence that the Wuhan institute is the origin of the virus. Asked why he has such confidence, Trump said: “I can’t tell you that. I’m not allowed to tell you that.”

“From our perspective, this remains speculative,” WHO emergencies chief Dr. Michael Ryan says of the lab theory. “But like any evidence-based organization, we would be very willing to receive any information that purports to the origin of the virus.”