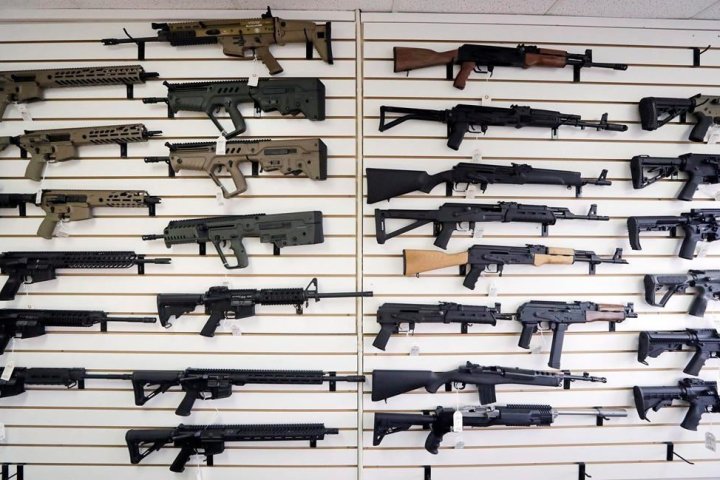 Gun-control advocates and the Trudeau government see a coming overhaul of the firearms classification system as key to cementing the recent federal move to ban assault-style rifles.

The Liberal government outlawed a wide range of firearms last Friday, saying the guns were designed for the battlefield, not hunting or sport shooting.

The ban covers some 1,500 models and variants of what the government considers assault-style weapons, meaning they can no longer be legally used, sold or imported.

Heidi Rathjen of the group PolySeSouvient, a leading voice for stricter controls, welcomes the move as a temporary measure. She says a permanent ban requires comprehensive legislative reform of the classification system spelled out in the Criminal Code.

Otherwise, a manufacturer could simply design a new rifle that circumvents the federal regulations, or a future government could repeal them with the stroke of a pen.

New Zealand banned assault-style guns by changing its law within weeks of deadly shootings at two Christchurch mosques, with broad, permanent criteria that covered all centre-fire semi-automatics other than small, .22-calibre rimfire guns and other minor exceptions, Rathjen noted.

“For years, we have been calling for a similar reform of Canada’s firearm classification system and we completely agree with the New Zealand standards.”

Legislation also makes it harder to suddenly reverse a ban on certain firearms, as PolySeSouvient fears a Conservative government would do with the new Liberal regulations, she said.

“In other words, changing the law is more democratic and more permanent, and we feel the Liberal party has a mandate and the support to do so.”

During a videoconference House of Commons committee meeting Tuesday, Conservative MPs questioned the value of the new measures for keeping guns out of criminal hands.

Public Safety Minister Bill Blair called the move against assault-style rifles “a first step” in the government’s overall gun-control plan, and he invited the Conservatives to be a “positive part of that discussion to keep Canadians safe.”

As he unveiled the measures last week, Blair said the government plans to introduce legislation that will create a new evergreen framework for classification to ensure federal intentions can’t be easily overridden.