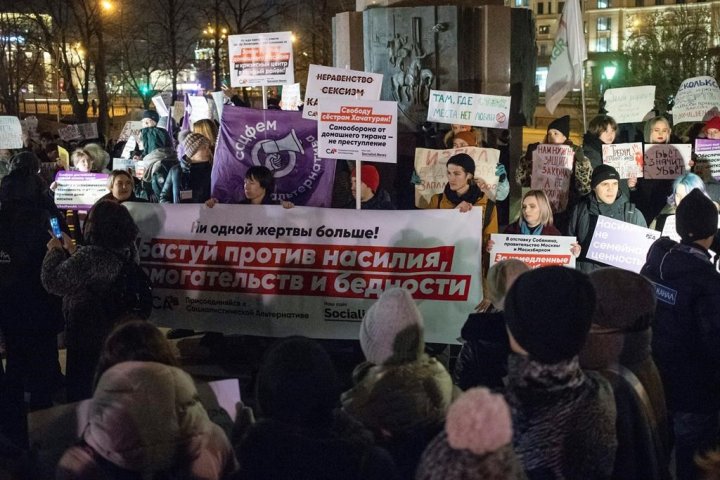 Complaints and reports made to Russian non-governmental organizations spiked from roughly 6,000 in March to more than 13,000 in April, Tatyana Moskalkova said. “The picture is rather non-optimistic,” the RIA Novosti news agency quoted her as saying.

Her statement comes a week after Russian police said the number of domestic crimes fell by 13% during the lockdown, compared to the same month last year — a report dismissed by some women’s rights campaigners as inaccurate, as many victims don’t report domestic abuse to the police.

Growing numbers of domestic abuse complaints have been reported all across Europe after governments instituted lockdowns and ordered residents to stay at home, as the frustrations of enforced isolation, often fueled by increased use of alcohol and dire economic straits, aggravated existing tensions or triggered new ones. Women and children are usually the victims.

In Spain, calls to a domestic violence helpline increased by 60% in April compared with the same month last year, the Equality Ministry said Tuesday. The number of calls was up 38% from March, when in the middle of the month the government ordered a lockdown.

Lawmakers in the UK found that calls to a national domestic abuse helpline jumped by 49% in early April compared to the average in the same period in previous years. France’s National Federation of Women Solidarity said the hotline they run has received double to triple the usual daily number of calls since France imposed a lockdown on March 17. In Greece, where the lockdown started March 23, a government helpline received nearly four times as many complaints in April as in March.

In many countries, government officials are taking steps to address the problem.

The French government introduced a text messaging number and a Twitter account victims can reach out to in addition to the usual police number. Moreover, authorities tasked pharmacies and a number of chain supermarkets to arrange points of contact for domestic abuse victims. Britain pledged 76 million pounds ($95 million) to help vulnerable children and victims of domestic violence.

In a letter to the government, nine non-governmental organizations asked officials to set up more shelters, instruct policemen about the importance of responding to domestic violence calls and help victims get medical, legal and psychological help.