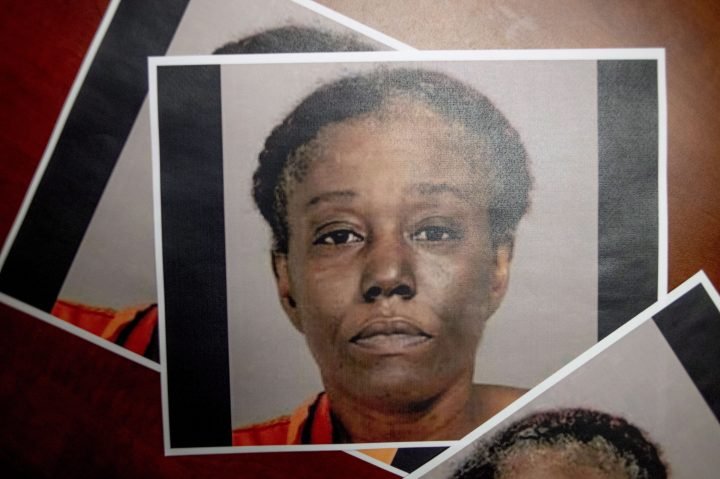 A Michigan woman was formally charged Tuesday in the fatal shooting of a store security guard who refused to allow her daughter inside because she wasn’t wearing a face mask to protect against transmission of the coronavirus.

Sharmel Teague, 45, was arraigned via video Tuesday in district court, according to the Genesee County prosecutor’s office.

Larry Teague and Bishop have yet to be arrested and were believed to be on the run, prosecutor David Leyton said.

Sharmel Teague argued with Munerlyn before leaving the store Friday afternoon, Leyton said Monday. Two men later came to the store, and one of them shot Munerlyn in the back of the head. Witnesses identified Bishop as the man who shot Munerlyn, according to Leyton.

No information has been released about the daughter, who has not been charged in the shooting.

Sharmel Teague was denied bond Tuesday and was scheduled for a May 14 probable cause conference.

It was not immediately clear if she has an attorney.

Questions about COVID-19? Here are some things you need to know: