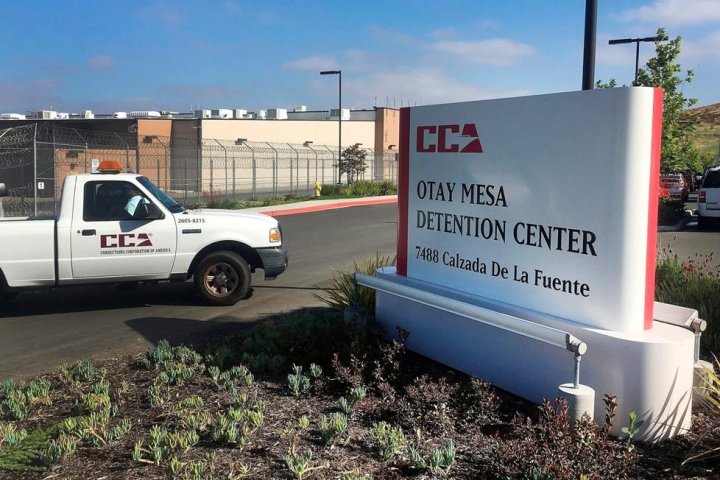 The detainee had been held at the Otay Mesa Detention Center in San Diego and hospitalized since late April, said Craig Sturak, a spokesman for the San Diego County Health & Human Services Agency.

U.S. Immigration and Customs Enforcement would neither confirm nor deny the death. CoreCivic Inc., the private company that operates the detention center, didn’t respond to a request for comment.

Two guards at an immigration detention center in Monroe, Louisiana, died late last month from the coronavirus — Carl Lenard, 62, and Stanton Johnson, 51. Until Wednesday, no detainees had been reported dead.

A Justice Department attorney, Samuel Bettwy, said at a hearing on Monday that the San Diego detainee was intubated at a hospital with a prognosis that was not good. While the death came as no surprise, advocacy groups that have been pressing ICE to release detainees on bond swiftly criticized the agency.

You should also READ  Can masks be sterilized, reused in fight against coronavirus? Experts say yes

“This tragic news is even more evidence that failing to act will result in cruel and needless death,” said Monika Langarica, an attorney at the American Civil Liberties Union of San Diego & Imperial Counties, which successfully sued to force the release of dozens of older and medically vulnerable detainees at Otay Mesa.

For most people, the new coronavirus causes mild or moderate symptoms, such as fever and cough that clear up in two to three weeks. For some, especially older adults and people with existing health problems, it can cause more severe illness, including pneumonia and death.

The frequency of testing may have something to do with Otay Mesa’s elevated infection rate. At Monday’s hearing, authorities said 119 of 171, or 70%, of detainees tested at Otay Mesa were positive. ICE says only that it has tested 705 detainees nationwide, without breaking testing down by detention center.

The first positive case at Otay Mesa was a guard, whose test result was announced March 31. The facility is designed to hold up to 1,970 ICE detainees and U.S. Marshals Service inmates but has lowered its count in recent weeks.

As of April 26, it held 662 immigration detainees and 325 Marshals Service inmates. Dozens are being released this week under a court order.