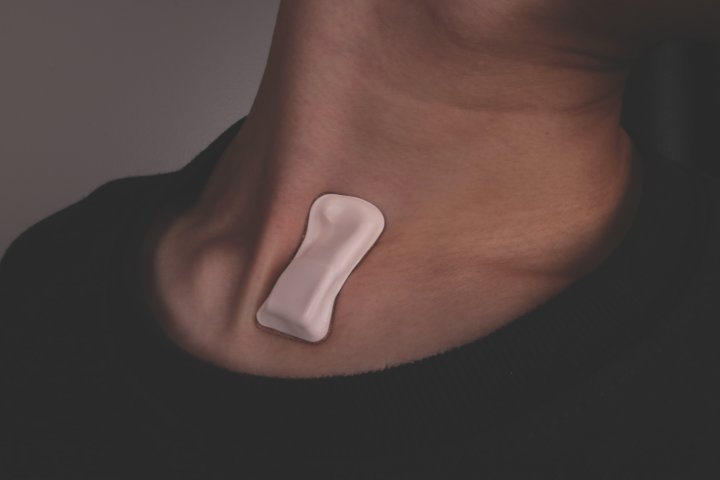 A group of researchers in the U.S. has developed a wearable device they say could detect symptoms associated with the novel coronavirus.

The new device does not look like other wearable electronics — it’s soft, flexible and worn on the throat.

It measures respiratory activity and coughing, along with temperature and heart rate, said John Rogers, a professor of biomedical engineering at  Northwestern University who led the development of the technology.

“The device measures basically motion — subtle vibratory signatures of underlying processes, body processes that appear at the surface of the skin. You can almost think of it as a stethoscope in a sense,” Rogers told Kelly Cutrara on Global News Radio 640 Toronto.

“It’s capturing that type of information which allows us to categorize cough.”

The device was developed in an engineering laboratory at Northwestern and uses custom algorithms generated by scientists at a Chicago rehabilitation hospital, the Shirley Ryan AbilityLab.

Initially, the gadget was developed to monitor swallowing and speaking functions in stroke survivors, but modifications have been made to capture possible COVID-related symptoms.

The device remains experimental — it’s currently being worn by about 25 people including frontline health-care workers and some patients as part of a study.

The devices are being produced at the lab at Northwestern, which can produce a maximum of about a hundred devices per week. Rogers said they would be listening to feedback from the medical community and potentially pursuing manufacturing partnerships if there’s interest to allow the device to be produced more widely.

Rogers said the device could be useful in a few different contexts — monitoring those who work in high-risk contexts such as health-care workers, for example.