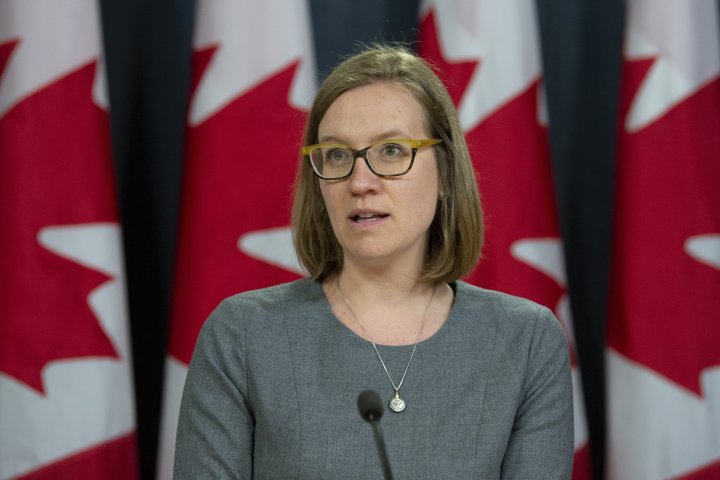 Canada’s development minister says the government is pushing international actors to provide debt relief in Africa and other less-developed regions to help fight threats of hunger, economic ruin and terrorism from COVID-19.

Karina Gould tells The Canadian Press the number of COVID-19 cases in Africa is rising, which is worrying because the continent doesn’t have the safety net to ward off an impending socioeconomic crisis that would accompany a health emergency.

Gould says the pandemic has hit 53 of Africa’s 54 countries, and while some workers in those countries were doing OK prior to the onset of COVID-19, many are losing work with no prospect of help from their governments.

Gould says she is part of broader government effort that is advocating for help in a variety of global forums, including the G7, G20 and the world’s leading financial bodies.

Past Liberal governments have pushed for debt relief at the turn of the century, a measure that allows the World Bank and the International Monetary Fund the ability to ease the burden of the repayments owed by poor countries.

“Canada is very active within G7 and G20 circles and within the Paris Club in promoting the needs of low-income countries, particularly when it comes to debt relief,” Gould said in an interview Friday. The Paris Club is an informal intergovernmental group with a rotating membership that serves as a forum for creditors to restructure debt.

On Thursday, the UN increased its global appeal to fight the pandemic from US$2 billion to US$6.7 billion, as the humanitarian chief Mark Lowcock said it could take another three to six months for it to peak in the world’s poorest countries.

“We’ll be analyzing that, and Canada will absolutely be responding,” Gould said, adding that she would be speaking to Lowcock on Friday to get further details.

“It’s not just about the supply chain. It’s about people who were doing OK, but they live in countries where they don’t have social safety nets,” said Gould. “One of the real worrisome trends is the increase in hunger, the malnutrition crisis, but also what this means for non-state actors or terrorist groups who may be preying on this vulnerability.”

Gould was referring to a recent report that militants in West Africa’s Sahel belt were exploiting the pandemic to recruit new followers.