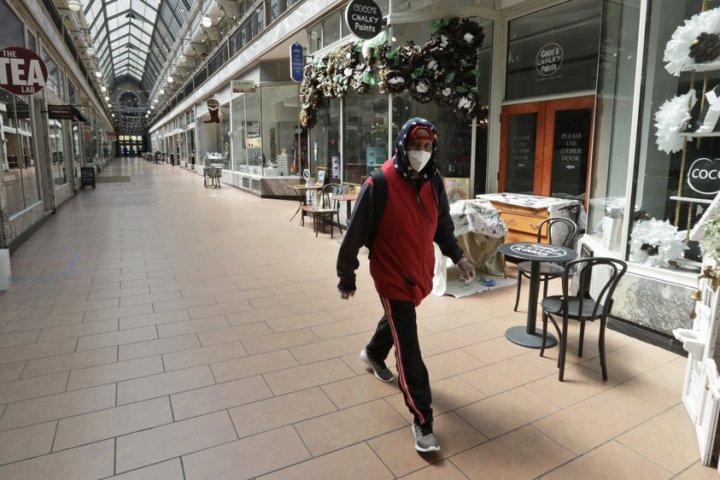 The U.S. government on Friday is poised to report the worst set of jobs numbers since record-keeping began in 1948, a snapshot of the devastating damage the coronavirus outbreak has inflicted on the economy.

The unemployment rate for April could reach 16% or more, according to economists surveyed by the data provider FactSet. Twenty-one million jobs may have been lost. If so, it would mean that nearly all the job growth in the 11 years since the Great Recession ended had vanished in one month.

Even those numbers won’t fully capture the scope of the damage the coronavirus has inflicted on jobs and incomes. Many people who are still employed have had their hours reduced. Others have suffered pay cuts. Some who lost jobs in April and didn’t look for a new one in light of their bleak prospects won’t even be counted as unemployed. A broader measure — the proportion of adults with jobs — could hit a record low.

The scale of the job loss has been breathtakingly sudden.

During the Great Recession of 2008-2009, the nation lost 6.5% of its jobs over a two-year span. It was the worst loss in any recession since World War II. Yet in just April alone, the expected job loss of 21 million would amount to 14% of all jobs — more than twice as much.

The impact on individuals has been vast. One of the newly unemployed, Sara Barnard, 24, of St. Louis, has lost three jobs: A floor manager at a pub and restaurant, a bartender at a small downtown tavern and the occasional stand-up comedian. Her main job was at McGurk’s, an Irish pub and restaurant near downtown that closed days before St. Patrick’s Day. She had worked there continually since high school.

Job losses and pay cuts are ranging across the world. Unemployment in the 19-country eurozone is expected to surpass 10% in coming months as more people are laid off. That figure is expected to remain lower than the U.S. unemployment rate. But it doesn’t count many people who either are furloughed or whose hours are cut but who receive most of their wages from government assistance.

In France, about half the private-sector workforce is on a government paid-leave program whereby they receive up to 84% of their net salary. In Germany, 3 million workers are supported in a similar system, with the government paying up to 60% of their net pay.

In the five weeks covered by the U.S. jobs report for April, 26.5 million people applied for unemployment benefits. The job loss to be reported Friday may be less because the two are measured differently: The government calculates job losses by surveying businesses and households. It’s a net figure that also counts the hiring that some companies, like Amazon and many grocery stores, have done. By contrast, the total jobless claims is a measure of just the layoff side of the equation.