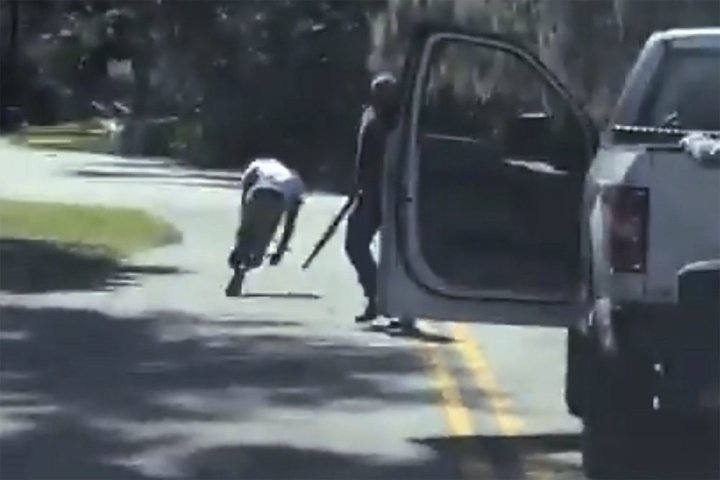 Two men have been arrested and charged with murder more than two months after the shooting death of a Black man in Georgia that sparked outrage over racial injustice.

Gregory McMichael, 64, and Travis McMichael, 34, are also facing charges of aggravated assault in connection to the shooting of 25-year-old Ahmaud Arbery, the Georgia Bureau of Investigation announced Thursday.

Neither man was arrested or charged in the wake of the Feb. 23 shooting, to which they have both admitted. They told police they thought Arbery was a suspected burglar who had targeted homes in their Brunswick, Ga., neighbourhood.

Arbery’s family say he was simply out for a daytime jog.

Cellphone video of what Arbery’s family has said shows the shooting began circulating on social media on Tuesday, leading to growing calls for justice from the family and minority groups across the U.S.

Lawyers for Arbery’s family have likened the shooting to a “modern lynching” and demanded the McMichaels be arrested immediately.

Yet prosecutors had recommended the case go before a grand jury to determine whether charges be laid, which the family had said could take at least a month.