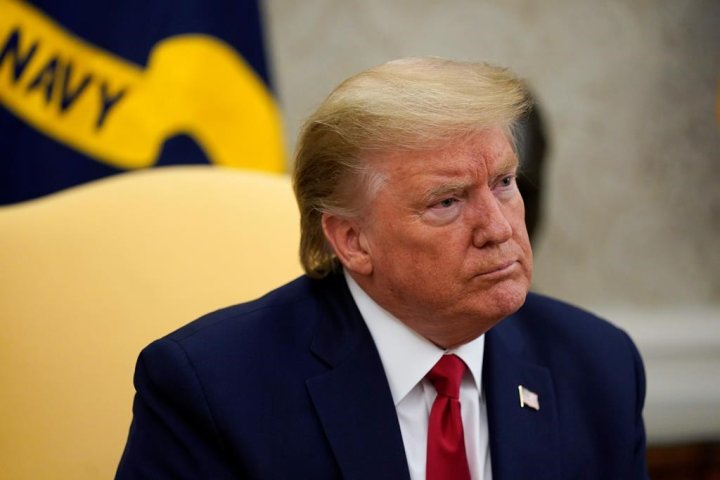 The record unemployment rate reported on Friday captured the pain of a nation where tens of millions of jobs suddenly vanished, devastating the economy and forcing President Donald Trump to overcome historic headwinds to win a second term.

Just a few short months ago, Trump planned to campaign for reelection on the back of a robust economy. That’s a distant memory after more than 20 million jobs were lost in April, leading to an unemployment rate of 14.7%, the highest since the Great Depression.

There’s no parallel in U.S. history for the suddenness or severity of the economic collapse, which is ravaging some states that are crucial to Trump’s victory. The president is now tasked with convincing voters that the catastrophic jobs losses were the result of the pandemic — not his management of the public health crisis. He also argues that he deserves another chance to rebuild what the virus destroyed.

“What I can do: I’ll bring it back,” Trump told Fox News on Friday. “It’s fully expected. There’s no surprise. Everybody knows that. Even the Democrats aren’t blaming me for that.”

Backdated statistics show that unemployment reached as high as 25% in 1933 during the Great Depression. A broader calculation of unemployment from April’s jobs report suggests the rate might be nearly that high now, as the 14.7% rate doesn’t include people who left the labor force or still consider themselves employed despite not working. But the efforts needed to contain the spread of the coronavirus have caused much more rapid job loss than during the 1930s.

“The last time we had unemployment rates in this neighborhood, it took us five years to get there,” said Erica Groshen, an economist at Cornell University and former commissioner of the U.S. Bureau of Labor Statistics. “This time, we will have achieved that in two months.”

The suddenness of the crisis has been a shock to Americans, who will be looking for reassurance from Trump.

“The White House can make the point that the collapse was not the result of economic policies but an unprecedented global pandemic,” said Kevin Madden, a Republican strategist who was a senior adviser on Mitt Romney’s 2012 presidential campaign. “But they need to look forward, too: Present a detailed roadmap, restore people’s confidence and pledge to work with Democrats and Republicans alike.”

Many of the layoffs are classified as temporary, which means workers could get recalled as the outbreak subsides and the unemployment rate would fall. But it’s unlikely to immediately return to the 3.5% that Trump was celebrating, as consumer spending might be slow to recover and businesses and workers adjust to changes forced by the disease.

Until recently, the Trump campaign planned to use the spring to hammer its Democratic opponent with negative ads while touting the president’s handling of a strong economy. But after the pandemic ignited on American shores, the reelection team has grown increasingly worried about the president’s standing in a series of key battleground states including Michigan, Wisconsin and Florida.

Global economic downturn from COVID-19 could be worse than first projected: IMF