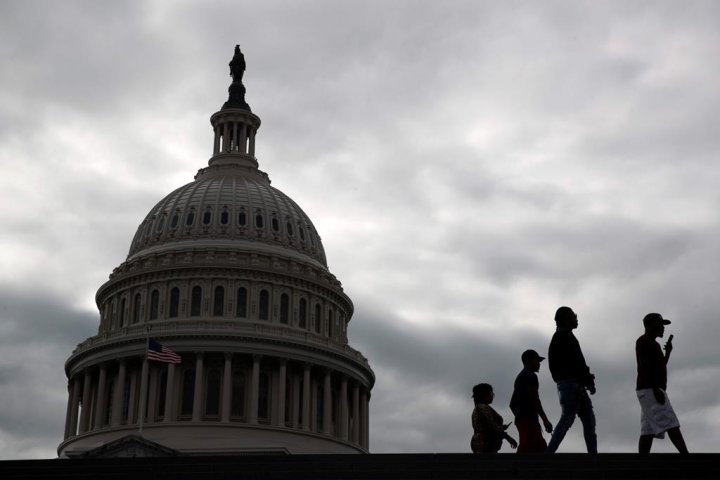 Republican-controlled legislatures are increasingly trying to strip Democratic governors of their executive authority to close businesses and schools, a power grab by lawmakers that channels frustration over the economic toll of the coronavirus pandemic but could come with long-term consequences for how their states fight disease.

The efforts to undermine Democratic governors who invoked stay-at-home orders are most pronounced in states such as Wisconsin, Michigan and Pennsylvania, all three of which have divided government and are key to President Donald Trump’s path to reelection. Democratic governors there face lawsuits, legislation and other moves by Republicans trying to seize control of the response to the virus. All three states have also been hotbeds of right-wing protest pushing for a faster reopening.

The GOP lawmakers’ strategy echoes earlier attempts in some states to curb the powers of Democratic governors. But this round comes with added health and political risk. By pressing for a faster reopening and seeking to override their governors, Republicans are betting that Americans are ready to restart economic activity — even if that risks steady infection rates and death in the months leading to the November election.

The moves come despite a recent survey by The Associated Press-NORC Center for Public Affairs Research that found a wide share of Americans say they are in favour of requiring people to stay at home, except for essential errands. But Republicans are mindful of other data, such as unemployment spiking toward 15 per cent and higher — levels not seen since the Great Depression.

You should also READ  Benefits of AI touted by Liberals, despite UN warnings of its ‘dark side’

“A lot of people have this idea that we can just wait until it’s gone. … We’ve got to live with this thing and you can’t live on unemployment forever, you can’t live on federal stimulus forever,” said Pennsylvania Republican state Rep. Russ Diamond, who boasted on social media of shopping without a mask this past week.

In Wisconsin, Republicans who control the Legislature asked the conservative-controlled state Supreme Court to block Democratic Gov. Tony Evers’ “safer at home” order which runs until May 26 and take authority away from his health secretary to issue extensions. In any future emergency, the secretary would have to work with the Legislature.

The Evers administration argued that limiting a governor’s ability to declare an emergency would prevent a quick response to any future epidemic. Attorney General Josh Kaul cited a 1905 U.S. Supreme Court ruling on the “paramount necessity that a community … protect itself against an epidemic of disease which threatens the safety of its members.”

“People will die if this order is enjoined with nothing to replace it,” Evers’ attorney Colin Roth argued before the state Supreme Court this past week.

Conservative justices voiced opposition to Evers’ order during oral arguments, with one likening the order to tyranny and Japanese internment camps during World War II. A ruling was expected any day.

In neighbouring Michigan, the Republican-led Legislature sued Democratic Gov. Gretchen Whitmer and asked a judge to declare invalid and unenforceable her stay-at-home order and other measures issued to combat the pandemic.

In Pennsylvania, leaders of the Republican-controlled Legislature have used legislation, rather than lawsuits, to try to strip or curtail the state’s Democratic governor of the power to decide which businesses must close under the state’s sweeping disaster emergency and public health laws.