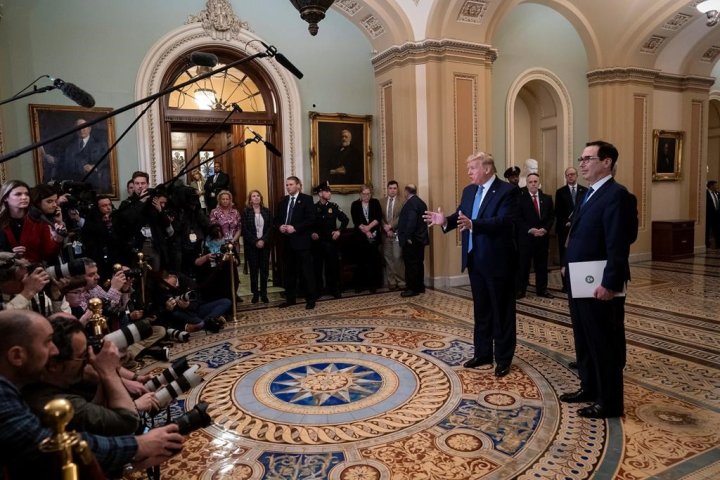 The Trump administration is tightening visa guidelines for Chinese journalists in response to the treatment of U.S. journalists in China, as tensions flare between the two nations over the coronavirus.

The Department of Homeland Security has issued new regulations, set to take effect Monday, that will limit visas for Chinese reporters to 90 days. There is a potential to extend the visa. Those visas previously didn’t have to be extended unless the employee switched companies, and they were considered open-ended.

The regulations don’t apply to journalists from Hong Kong or Macau, two territories considered semiautonomous, according to the regulations published Friday in the Federal Register.

The agency noted what it called China’s “suppression of independent journalism , ” including “an increasing lack of transparency.”

It was the latest strike in a tit-for-tat over media rights between the countries. In March, China said it would revoke credentials of all American journalists at three major U.S. news organizations, in effect expelling them from the country, in response to U.S. restrictions on Chinese state-controlled media.

Tensions between the two nations have only increased in recent months as leaders trade barbs over handling of the pandemic that has crippled economies worldwide and killed more than 275,000 people, according to a tally kept by Johns Hopkins University.

President Donald Trump has said the Chinese government’s response was slow and inadequate. His administration has lashed out at its geopolitical foe and critical U.S. trade partner, pushing beyond the bounds of established evidence.

You should also READ  New Zealand no longer coronavirus-free after 2 women from U.K. test positive

Trump and allies repeat and express confidence in an unsubstantiated theory linking the origin of the outbreak to a possible accident at a Chinese virology laboratory. U.S. officials say they are still exploring the subject and describe the evidence as purely circumstantial. But Trump, aides say, has embraced the notion to further highlight China’s lack of transparency.

U.S. officials also believe China covered up the extent of the coronavirus outbreak — and how contagious the disease is — to stock up on medical supplies needed to respond to it, according to U.S. intelligence documents.

China’s official Global Times newspaper has said leaders were making groundless accusations against Beijing by suggesting the coronavirus was released from a Chinese laboratory.