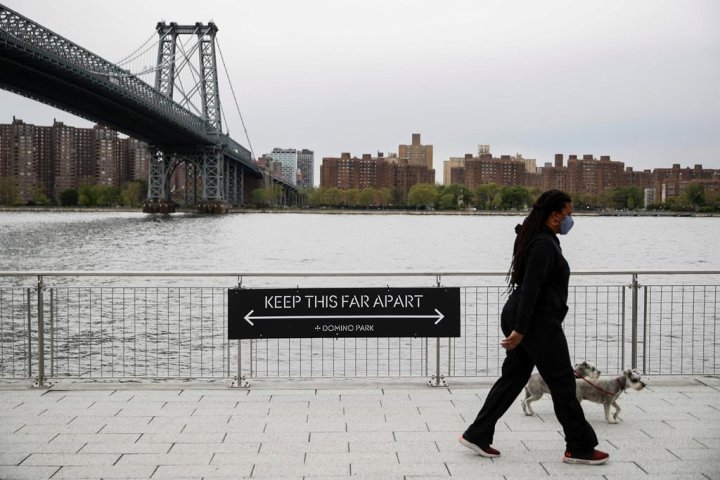 Over four million people have now become infected with the novel coronavirus, according to official reports and tallies, as the pandemic continues to envelop the globe and countries like Russia and Brazil become new hotspots.

Over 277,000 people have also died from the virus, according to cumulative government data compiled by Johns Hopkins University.

The milestone comes less than two weeks after worldwide cases exceeded three million, which also came 12 days after the two-million mark — suggesting the pandemic is continuing at a steady pace with no sign of levelling off anytime soon.

The United States remains the country with the most cases, at 1.3 million, accounting for just under a third of the worldwide tally. The country is continuing to post high daily case counts, though the numbers have remained relatively steady for over a month.

Cases have also been rising steadily in the United Kingdom, with recent daily spikes around 6,000 new cases late this week. Over 216,000 cases have been reported there. Canada is also reporting similar numbers each day, growing past 67,000 cases on Saturday.

But while those countries plateau, others are exploding.

Russia has been reporting 10,000 new cases per day for a week now. Its total cases have ballooned to over 198,000, making it the fifth most infected country in the world.

At 1,827 reported deaths, however, its official death rate is one of the lowest in the world. Yet increasing transparency from some health ministries are indicating the actual death toll could be much higher, experts suggested to the Moscow Times on Friday.

While Russian President Vladimir Putin has expressed concern over the growing outbreak in his country — extending lockdown measures and threatening harsh punishments for those who break them — Brazil’s leader Jair Bolsonaro has continually played down the threat of the virus and shown little concern for its victims.

When asked about the growing number of deaths in his country last week, Bolsonaro replied, “So what? I’m sorry, but what do you want me to do,” according to a Reuters report.