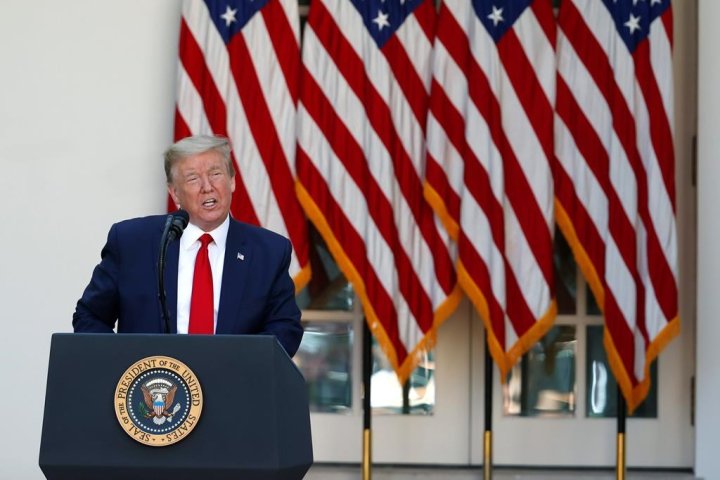 As U.S. President Donald Trump tries to moves on from the coronavirus, Congress is rushing to fill the void and prepare the country for the long fight ahead.

Jolted by the lack of comprehensive federal planning as states begin to reopen, lawmakers of both parties, from the senior-most senators to the newest House member, are jumping in to develop policies and unleash resources to prevent a second wave.

In the House and Senate, lawmakers are pushing sweeping proposals for a national virus testing strategy. One seasoned Republican wants a war-like public health fund. A New Jersey freshman launched neighbouring colleagues on a regional bipartisan task force to help guide Northeastern states back to work.

“This is going to be on us,” said Rep. Mikie Sherrill, D-N.J., a former Navy helicopter pilot in her first term in Congress.

The legislative branch is stepping up in the absence of a consistent, convincing White House strategy, in much the way governors have been forced to go it alone during the nation’s pandemic response.

Congress is preparing its fifth coronavirus aid package, a “Rooseveltian” effort, as Senate Minority Leader Chuck Schumer of New York put it. It’s a Democratic-heavy plan that wary Republicans are watching, despite support in the party for some provisions.

Unlike the aftermath of the Sept. 11 attacks, when President George W. Bush called on Congress to create a Department of Homeland Security, or during the Great Depression, when President Franklin D. Roosevelt led the nation to the New Deal, Trump is not seeking a legacy-defining accomplishment in the heat of national crisis.

Instead, Trump has turned the life-and-death decision-making away from the federal government and onto the states for the next phase of the response. He expects governors to arrange virus testing systems and find their own medical gear, saying the federal government is a “supplier of last resort.” The White House coronavirus task force has abandoned daily briefings.

Encouraging the economic rebound, Trump said Thursday he’s looking forward to “getting on with it.”

“When the nation is in the middle of the major, historic crisis, the norm is that both branches focus on the issue,” said Julian E. Zelizer, a Princeton professor of history and public policy. “It’s not normal for the president to just move on. ”

The administration issued guidelines for reopening state and local economies, but shelved a more detailed 17-page report from the experts at the Centers for Disease Control and Prevention.