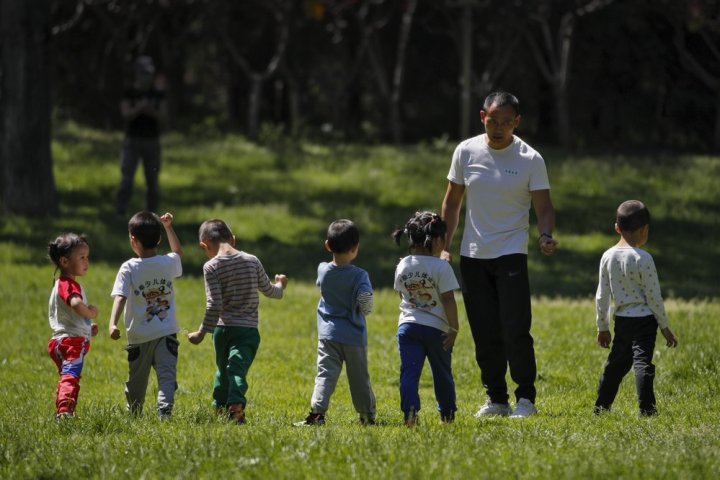 The difficulty in trying to reopen economies without rekindling coronavirus outbreaks was highlighted on Monday as concern grew in South Korea about a second wave of infections that was spread through newly reopened nightclubs.

South Korea’s government had felt confident enough to reopen much of its economy after several weeks of seeing cases increase by just a handful each day. But on Monday, new cases jumped by at least 35 after the outbreak in the nightclubs, which have been temporarily closed down again.

China also saw a second day of double-digit increases, with five new cases in the city of Wuhan, the original epicenter of the pandemic where a strict lockdown was lifted last month. The government reminded people to step up personal protection against the virus.

A balancing act continues to play out the world over, with leaders starting to loosen lockdowns that have left millions unemployed while also warning of the threat of a second wave of infections.

In the U.S., Trump administration officials spoke optimistically about a relatively quick rebound from the virus. But life within the White House reflected the stark challenges still posed by the pandemic, with Vice President Mike Pence “self-isolating” after one of his aides tested positive.

In South Korea, authorities are combing through credit-card and mobile-phone records, and security camera footage, to track thousands of people who visited a popular Seoul entertainment district in recent weeks. Seoul’s mayor said 85 infections are linked to the outbreak and health workers are still trying to contact more than 3,000 people of the 5,500 who recently visited the nightspots.

You should also READ  Loss of smell could be a coronavirus symptom, but some experts wary

In China, despite the new cases raising concerns about a reignited outbreak, 82,000 third-year middle school students in Beijing returned to classes Monday to prepare for their high school entrance exams. And Shanghai Disneyland, closed since late January, reopened, with reservations required and social distancing measures in place. Visitors wearing masks and often Mickey Mouse ears or character costumes were checked for fevers at the gate.

U.S. Treasury Secretary Steven Mnuchin predicted the American economy would rebound in the second half of this year from unemployment rates that rival the Great Depression. Another 3.2 million U.S. workers applied for jobless benefits last week, bringing the total over the last seven weeks to 33.5 million.

“I think you’re going to see a bounce-back from a low standpoint,” said Mnuchin, speaking on “Fox News Sunday.”

But the director of the University of Washington institute that created a White House-endorsed coronavirus model said the moves by states to reopen businesses “will translate into more cases and deaths in 10 days from now.” Dr. Christopher Murray of the Institute for Health Metrics and Evaluation said states where cases and deaths are going up more than expected include Illinois, Arizona, Florida and California.

A reminder of the continued threat, Pence’s move came after three members of the White House’s coronavirus task force placed themselves in quarantine after coming into contact with the aide. An administration official said Pence was voluntarily keeping his distance from other people and has repeatedly tested negative for COVID-19 since his exposure. He plans to be at the White House Monday.