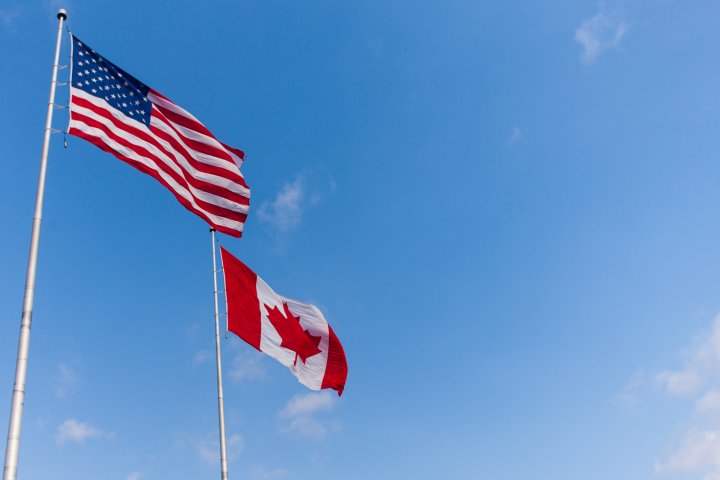 Canada and the United States are neighbouring countries running the same race against the spread of the coronavirus — but taking different routes.

The closed border may currently stand as a defense, but experts warn that our “closely integrated” nature may cause issues down the road.

“We’re being cautious in Canada, but to the south, you have different states following different schedules. There’s potential for whatever happens in the U.S., if they can’t get it under control, to pose a risk for us,” said Craig Janes, director of the School of Public Health and Health Systems at the University of Waterloo.

Canada has taken a go-slow approach. Only as provinces see clear evidence of the pandemic curve flattening have they begun relaxing certain lockdown restrictions. Even then, all are taking a cautious stance by maintaining strict physical distancing rules to guard against a resurgence of the virus.

The U.S. is focused on getting people back to work sooner than later, despite warnings of “serious consequences” from Dr. Anthony Fauci, the infectious disease expert leading the U.S. coronavirus task force. Over the past few weeks, many states have gone full-speed ahead.

The differences between the two countries reflects a difference in culture and values, said Chris Sands, the director of the Canada Institute at the Woodrow Wilson International Center for Scholars. In fact, he said the differences don’t worry him.

You should also READ  Brother, nephew of Saudi Arabia king have been detained: sources

“Canada has a cultural appetite for risk that is far lower than in the United States, and deference to authority still resonates for most — even if its less strongly than before,” he said.

“In the U.S., there is a strong commitment to liberty and self-reliance… The U.S. turns to federalism, letting communities adapt to local conditions, but we’ll see mistakes along the way, of course.”

But the impact of those mistakes is not out of Canada’s range, Janes believes, especially once the two countries work out when the border will resume.

Prime Minister Justin Trudeau said Wednesday he’s spoken to Trump “a number of times over the past few weeks” about the mutual bilateral ban on non-essential travel. He signaled that Canada is bracing for life after lockdown, saying his government is looking at “stronger measures” to follow up on new arrivals as cross-border traffic ramps up again.

“We all recognize that while we can protect Canadians inside the countries with measures to contain the spread of COVID-19, we remain vulnerable to cases that could come from outside our borders,” he said in French. “We want to make sure we’re not becoming vulnerable from travelers arriving from elsewhere.”