The season for campaign into National offices of the Nigeria Bar Association (NBA) is drawing nigh, but the campaigns have been building up subterraneously over a period, and as a stakeholder and veteran of the NBA Real Politic having been a member of the National Executive Committee since 1987, I can be considered an elder statesmen of sorts in the politics of the NBA; and as the Yoruba proverbs says; “Agba ki wa l’oja ki ori omo tuntun wo”; This proverb is replicated in many Nigerian languages and traditions and it literally means that; “An elder cannot be in the market while the infant’s neck gets twisted on the mother’s back”.

If we don’t intervene now, which is when the bans are still being read we may be barred and banned from saying anything untoward after the wedding is consecrated.

The politics of the NBA has always been conducted under the cover of Gentlemen’s Agreement. Wikipedia describes Gentleman’s Agreement as “an informal and legally nonbinding agreement between two or more parties. It is typically oral, but it may be written or simply understood as part of an unspoken agreement by convention or through mutually-beneficial etiquette.

The essence of a gentleman’s agreement is that it relies upon the honour of the parties for its fulfilment, rather than being in any way enforceable. It is therefore distinct from a legal agreement or contract.

In other words, a gentlemen’s agreement is an informal, often unwritten agreement or transaction backed only by the integrity of the counterparty to actually abide by its terms. An agreement such as this is generally informal, made orally, and is not legally binding.

A gentleman’s agreement, being more of a point of honour and etiquette, relies on the forbearance of two or more parties for the fulfilment of spoken or unspoken obligations. Unlike a binding contract or legal agreement, there is no court-administered redress if a gentlemen’s agreement is broken” lifted from Business Essentials by Adams Hayes.

In disciplined and decent terrains the conduct of the Bar at National and even branch levels have been managed in strict compliance with the dictates of these gentleman’s agreement and peace, conviviality, amity and even prosperity has been the product and fruits of the adherence and subjection to the Gentleman’s Agreement.

For example in the Lagos Branch of the NBA which is the largest Bar in Nigeria with almost 6,000 (Six Thousand Lawyers); the chairmanship of the Branch has always alternated; with an understanding; and this has endured. This has ensured that there is no bad blood or sense of domination by any group; this was what Indira Ghandi of India had in mind when she said; “I suppose leadership at one time meant muscles; but today it means getting along with people”.

This “getting along with people” principle has ensured that in Lagos Branch you will not see a Yoruba chairman, succeed another Yoruba chairman consecutively or a non-Yoruba chairman to be succeeded by another non Yoruba Branch chairman.

The NBA Constitution divided the country into three (3) zones, viz: the Eastern, Northern and Western, and the presidency rotates amongst this three (3) zones; within the zones, in order to ensure “getting along” certain practices, conventions and gentleman’s agreement govern the procedure for producing candidates for elections particularly for the office of President of the Nigerian Bar Association, these practices are so entrenched that they have become traditions.

Within the zones they have subgroups, for example in the Western Zone, they have Egbe Amo-fin representing the core Yoruba lawyers and the Midwest Bar Forum of the “Old Bendel or Midwest Region” if you please.

In the Eastern Bar Forum (EBF) they have the East Central and the other Easterners.

The Gentleman’s Agreement for the formular of presenting candidate for the NBA President is so well settled in the Eastern Bar Forum that it has ensured a kind of respect and politeness which the German Philosopher Arthur Schopenhauer describes as, “a tacit agreement that peoples miserable defects whether moral or intellectual shall on either side be ignored and not be made the subject of reproach”.

Thus in the event when candidates from the Eastern Bar Forum contest, the argument is not about the “Better Candidate”, rather it has been, first; whose turn is it to produce the President this time?

Thus I found myself supporting the candidature of Okey Wali against my schoolmate, very very good friend Emeka Ngige, an otherwise usually formidable ally because “it was the turn of Okey Wali’s side” to produce a candidate; the East Central Bar voted overwhelmingly for Okey because of the abiding faith and sincerity of following this settled convention.

After all didn’t James Boyant Conant, an American chemist and transformative president of Harvard University, who was also the first U.S Ambassador to West Germany say that: “Democracy is a small hardcore of common agreement surrounded by a rich variety of individual differences”.

So you can imagine my consternation with the candidature of my friend Paul Usoro when he contested to be President of the NBA in 2018. The Times (of London) in an Editorial on 1st August 1956 said: “…there can be no stability and confidence in the world so long as agreements can be scrapped with impunity”.

Paul had no business contesting in that election even though he was not forbidden by the NBA constitution or any other written regulation. That was why he did not receive the endorsement of his “home zone” which is the Eastern Bar Forum; Arthur Obi Okafor got this most needed home support which enables a candidate to go National.

Indeed none of the zones endorsed Paul, rather they all endorsed Arthur; Paul was not without some support as being a member of the formidable Lagos Branch of the NBA and enjoying the endorsement and enthusiastic support of the then charismatic and effective Chairman of Lagos Branch Chukwuka Ikwuazom, a substantial support from the branch was mustered; Chijioke Okoli was also able to do this for Emeka Ngige; but we all know that such support is not capable of swaying the majority who usually bow to zonal endorsements which eventually translate to electoral victory.

Paul’s emergence as President (emphasis on emergence) became a subject of litigation as the emergence was quite suspect.

The Bible admonishes us not to tamper with ancient boundaries, might is not right, the ambition of my friend Olu Akpata to be President of the NBA would have been laudable and desirable because he is ebullient and has shown leadership when he was chairman of the Section on Business Law, unfortunately his timing is wrong, very wrong.

In the field with Olu is the Bar Veteran and Past General Secretary of the NBA Dele Adesina and the astute gentleman Tunde Ajibade. I have absolutely no doubt in my mind that any of this three will make a good President of the NBA in the coming years; the only problem is that Olu’s imminent candidature is inequitable, untidy, predatory and disruptive.

The election of Augustine was not a stroll in the park; a powerful conclave of Bar Leaders amongst whom was the redoubtable Olisa Agbakoba had schemed him out by declaring him “Zoneless”. In a letter dated 28th April 2014 to the then President of the NBA Okey Wali, titled “Zoning and the NBA 2014 Election”; Olisa had peremptorily declared; “Based on our current arrangements, it is the turn of the South West region and we must all support candidates from the zone.

Zoning in the NBA was established at Chief Philip Umeadi’s residence in Onitsha. Although not a binding convention, all past Presidents have been elected based on zoning.

Rallying under the leadership of J. B. Daudu who mustered us, we were able to ensure that Augustine Alegeh did not only contest the election, he won with a massive landslide; to the glory of God, Augustine did not disappoint the NBA as he left laudable legacies.

You can now imagine my disappointment with my friend Austine Alegeh as he pushes forward Olu from the Midwest sub-zone egging him on to destabilise the Bar and destroy the Ancient Boundaries.

Just as we rallied to succeed in the election of Alegeh by ensuring the participation of the mid-west forum of the Western Branch, that is how we must insist on the Egbe Amofin giving us the next President of the NBA; it is simply their turn; equity abhors double portion, how can you have a second bite at the Cherry when it is your neighbours turn to taste the fruit.

Our desire is a stable Bar where we all “get along”; Olu has the capacity to be a President of the NBA but not by force of arms where exploiting the impecuniosity of some lawyers for electoral purpose diminishes the institution and the persons.

If you accuse me of not being guided by the strict letters of the NBA Constitution which allows everyone from the Western zone to contest you may be right; if you also accuse me of having been corrupted by sentiment, I quickly and gladly plead guilty as I agree with Graham Green the English novelist who died in 1991. In his book, the Heart of the matter; said that “…they had been corrupted by money, and he had been corrupted by sentiment. Sentiment was the more dangerous, because you couldn’t name its price. A man open to bribes was to be relied upon below a certain figure, but sentiment might uncoil in the heart at a name, a photograph, even a smell remembered.”

Today, I seek nothing more from this profession which God has used to bless me humongously than to see a confident, strong, independent, moral and humane NBA, where the leadership will have the audacity of an Alao Aka-Bashorun to speak truth to power, to condemn impunity, to fight every breach of the Rule of Law, to advocate the sanctity of human rights; to seek purposive justice, and to set an agenda for democratic practices beyond the bland letters of any documents; honour is honour and all agreements are as valued as the honour of the parties.

In the Presidential Elections of the NBA in 2020, may the Zone and group whose turn it is produce our elected President. 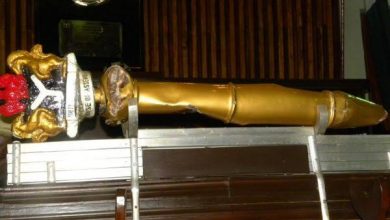 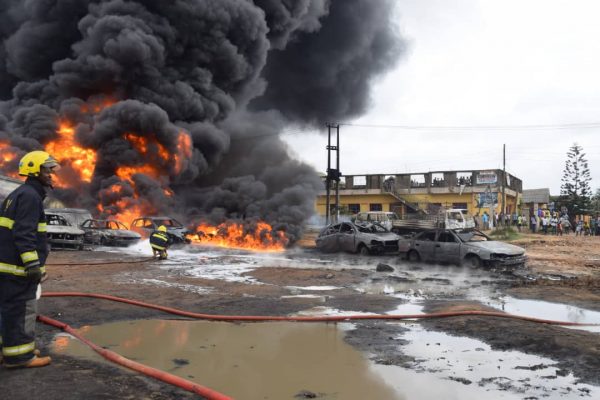 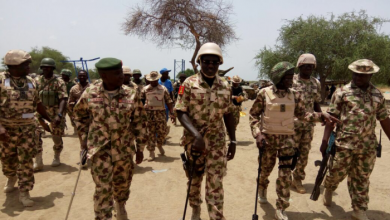 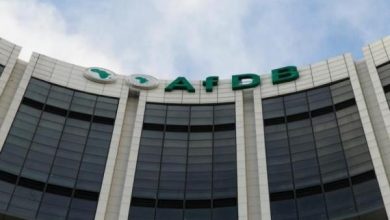