Attorneys for two white men accused of pursuing and killing a black man in Georgia said Thursday their clients have been vilified and cautioned against a rush to judgment in a case that has drawn national attention.

Gregory and Travis McMichael, a father and son, are charged with aggravated assault and felony murder in the Feb. 23 death of 25-year-old Ahmaud Arbery. The case stirred outrage after a video of Arbery’s final moments surfaced online last week. The Georgia Bureau of Investigation was called in to take over the seemingly stalled investigation and the McMichaels were arrested less than 48 hours later.

The attorneys for 34-year-old Travis McMichael — Bob Rubin and Jason Sheffield — said at a news conference Thursday afternoon that while the shooting itself was captured on video, much remains unknown about events leading up to the killing. Sheffield called Arbery’s death “a tragedy.”

“Right now we are starting at the end,” Sheffield said outside their metro Atlanta law office. “We know the ending. What we don’t know is the beginning.”

Rubin added: “We implore all of you … don’t rush to judgment.”

Rubin and Sheffield didn’t respond when asked who was paying them.

Defense attorneys for both McMichaels said they plan to ask a judge to set bond so they can be released from jail pending trial. Sheffield said he expects that hearings will be held virtually because of concerns about the coronavirus.

Laura and Frank Hogue, a husband and wife criminal defense team based in Macon, said they have been hired to represent 64-year-old Gregory McMichael.

“So often the public accepts a narrative driven by an incomplete set of facts, one that vilifies a good person, based on a rush to judgment, which has happened in this case,” Laura Hogue said in a statement Thursday.

“We agree with the attorneys for Travis McMichael that the justice system affords all citizens the presumption of innocence and that there shouldn’t be a rush to judgment or stereotyping,” attorneys for Arbery’s parents said in an emailed statement. “We only wish that their client, Travis McMichael, had provided that same presumption of innocence to Ahmaud Arbery before chasing and killing him.”

Less than two weeks before Arbery was shot, Travis McMichael called 911 the night of Feb. 11 to report a possible trespasser inside a house under construction in his subdivision.

“We’ve had a string of burglaries,” Travis McMichael says on the 911 recording. “I was leaving the neighborhood and I just caught a guy running into a house being built two houses down from me.” 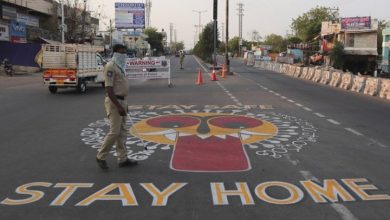 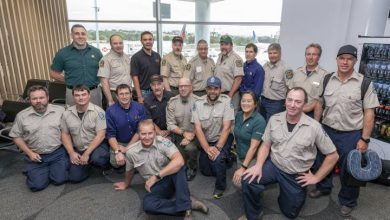 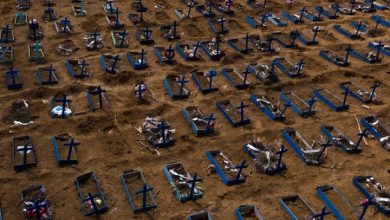