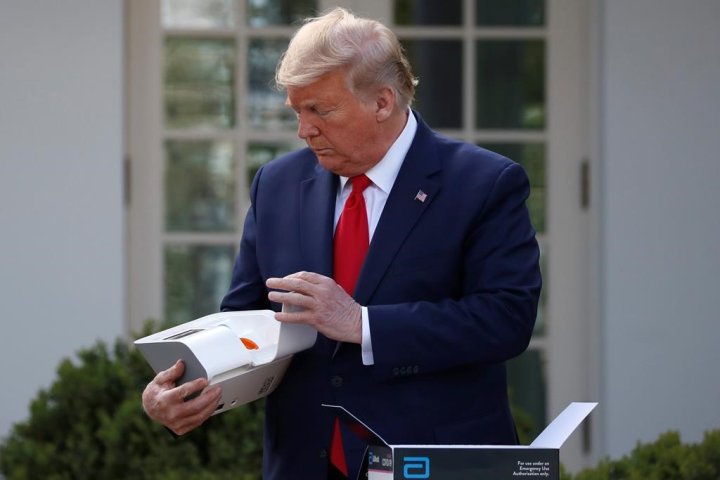 In a rare move, medical journal The Lancet has published a scathing editorial, calling on Americans to vote for a president who can “understand that public health should not be guided by partisan politics.”

Titled ‘Reviving the U.S. CDC,’ the editorial takes the Trump administration to task for reducing the role played in the coronavirus pandemic by the U.S. Centres for Disease Control and Prevention (CDC).

“The Trump administration’s further erosion of the CDC will harm global cooperation in science and public health, as it is trying to do by defunding WHO,” The Lancet wrote.

“A strong CDC is needed to respond to public health threats, both domestic and international, and to help prevent the next inevitable pandemic. Americans must put a president in the White House come January, 2021, who will understand that public health should not be guided by partisan politics.”

It added that the agency needs a “director who can provide leadership without the threat of being silenced and who has the technical capacity to lead today’s complicated effort.”

The U.S. has reported more than 1.4 million cases of COVID-19 as of Friday — that’s nearly a third of all cases worldwide — according to data tracked by Johns Hopkins University.

The country also carries a significant share of COVID-19 deaths: more than 86,000 people have died since the pandemic began. The U.K. has the second highest death toll at just over 34,000, and Italy has the third highest at close to 32,000 fatalities.

The Lancet outlines a deteriorating relationship between the U.S. federal government and the CDC, which it calls “the flagship agency for the nation’s public health.”

Founded in 1946, the CDC is “globally respected” and has trained scores of epidemiologists in the U.S. and overseas. But now, it has “seen its role minimised and become an ineffective and nominal adviser in the response to contain the spread of the virus.”

As an example, The Lancet cites a May 9 article in the Washington Post, which cited two senior U.S. officials saying the head of the American COVID-19 task force undermined CDC data about the coronavirus.

Nightmare scenario: Coronavirus spreading in Yemen, with little way to fight it