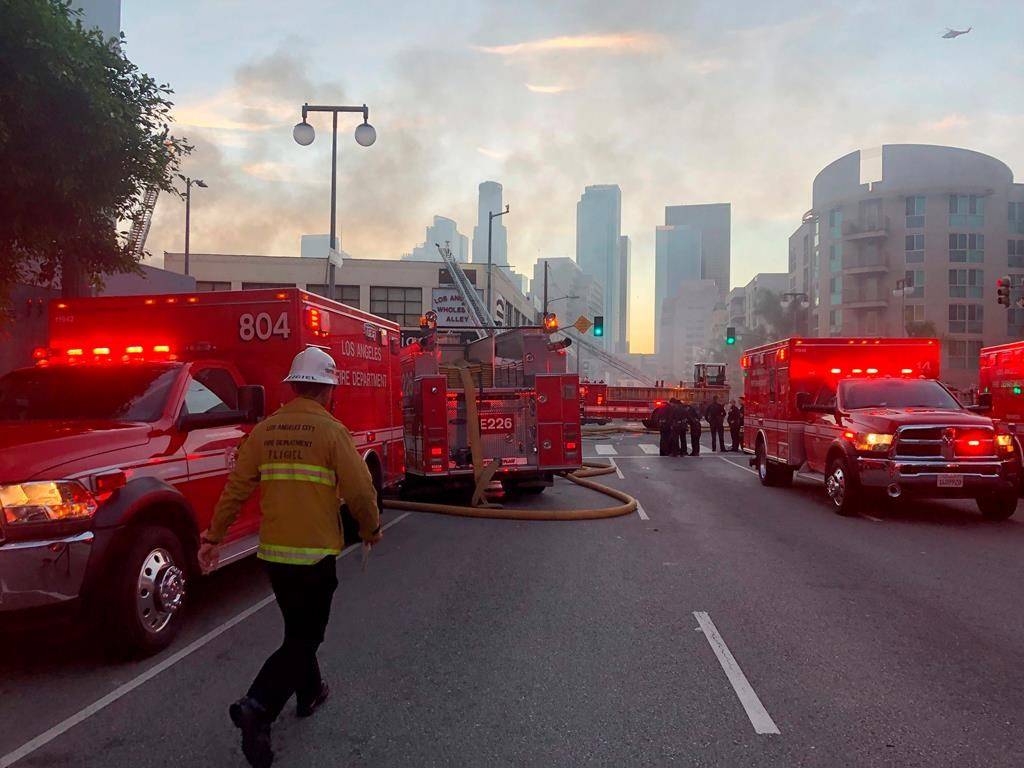 Eight firefighters remained hospitalized Sunday after being hurt in an explosion at a hash oil manufacturer in downtown Los Angeles that sent crews running for their lives when a ball of flames shot out of the building and scorched a fire truck across the street.

The blast Saturday evening injured a dozen firefighters including some who ran out onto sidewalks, where they tore off their burning protective equipment including melted helmets, officials said.

He said “one significant explosion” shook the neighbourhood around 6:30 p.m. Firefighters inside had to run through a wall of flames he estimated as 30 feet (9 metres) high and wide, and those on the roof scrambled down a ladder that was engulfed in fire.

Three firefighters were released after spending the night in the hospital, fire department spokesman Nicholas Prange said Sunday. Of the eight that remained hospitalized, two were in critical but stable condition, he said. Officials initially announced that 11 firefighters were injured but Prange said a 12th was treated and released for a minor injury.

All were expected to survive.

“The good news is everybody’s going to make it,” Mayor Eric Garcetti said at a late Saturday news conference outside the Los Angeles County-University of Southern California Medical Center where all the injured were treated.

“Things could have been so much worse,” said Los Angeles Fire Department Medical Director Dr. Marc Eckstein, who works at the hospital and helped treat the injured.

Scott said people at the scene described the explosion as sounding like a freight train or jet engine.

Firefighters were called to 327 East Boyd St. in the city’s Toy District for a report of a fire at a one-story commercial building. There was light to moderate smoke when firefighters entered the building and went on the roof — normal procedures to try to quickly knock down any flames.

Firefighters respond to an explosion in downtown Los Angeles that has injured multiple firefighters and caused a fire that spread to several buildings, Saturday, May 16, 2020, in Los Angeles. (AP Photo/Stefanie Dazio)