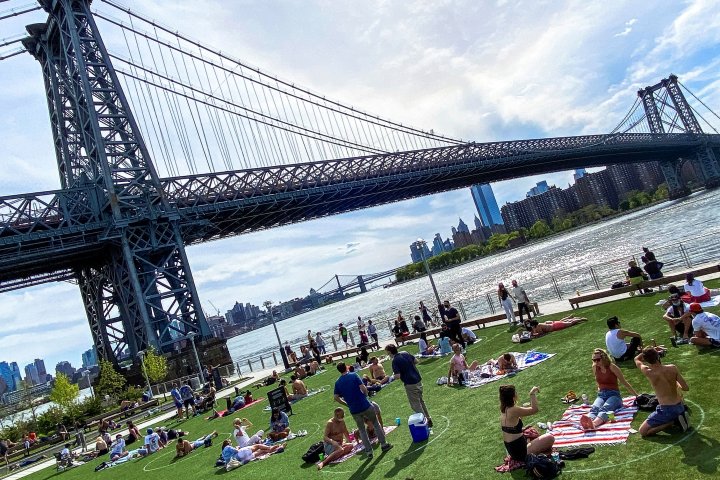 New York’s new confirmed COVID-19 cases are predominantly coming from people who left their homes to shop, exercise or socialize, rather than from essential workers, Governor Andrew Cuomo said on Saturday.

Cuomo said while last week he had theorized that new cases were coming from essential workers, “that was exactly wrong.

“The infection rate among essential workers is lower than the general population and those new cases are coming predominantly from people who are not working and they are at home,” he said.

The state’s budget director, Robert Mujica, said officials expect to learn a lot more about the genesis of new cases from contact tracing over the next week.

Cuomo has said that New York was hiring thousands of workers to trace the contacts of people who test positive for the coronavirus. Health experts say contact tracing is critical to isolating potentially contagious people in order to limit further outbreaks.

You should also READ  ‘The end of Hong Kong’: Activists call for protests against planned Chinese law

Cuomo said the five regions of the state that were allowed on Friday to reopen for business — out of 10 total regions — were required to have a certain number of tracers proportionate to their populations.

“The tracing operation is tremendously large and challenging,” he said.

New York state, home to both bustling Manhattan and hilly woods and farmland that stretch hundreds of miles north to the Canadian border, has been the global epicenter of the pandemic, but rural areas have not been nearly as badly affected as New York City, the country’s biggest city at roughly 8.4 million people.

Driven by the impact in New York City, the state has accounted for more than one-third of the nearly 80,000 Americans who have died from COVID-19, the illness caused by the coronavirus, according to a Reuters tally.