Fagbemi leads five other SANs in battle for Kalu’s release 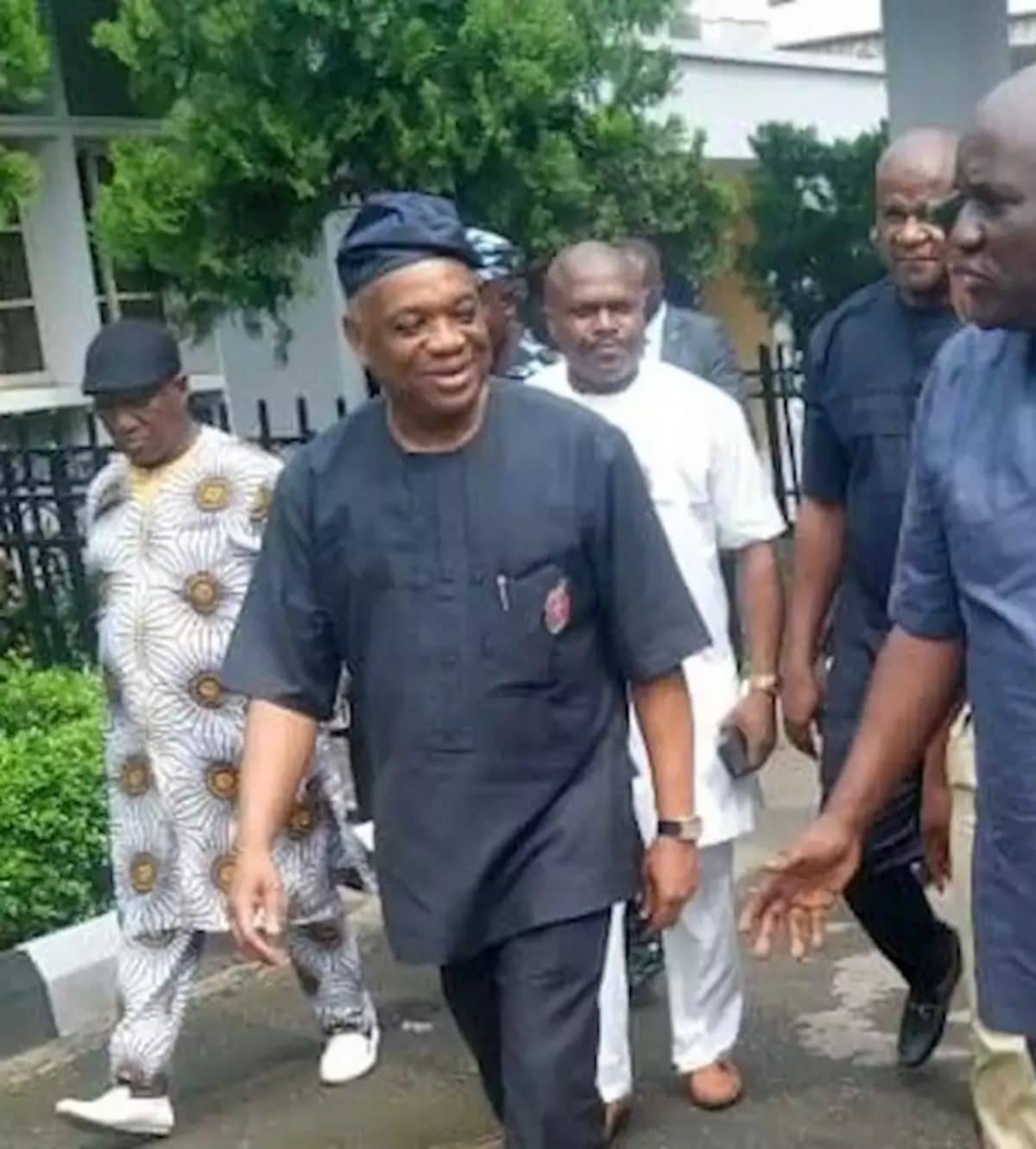 Fagbemi is expected to lead five other Senior advocates, and six junior lawyers in the epic legal battle.

Already the team has filed a motion on notice on dated May 12, 2020 at the Federal High Court in Lagos, asking it to set him free.

Orji, the Senate’s Chief Whip, is serving a 12-year jail term at the Kuje Custodial Centre, Abuja, for looting N7.65billion belonging to the Abia State Government during his eight years in office.

Justice Idris convicted the Senator on each of the 39 counts.

Ude bagged 10 years imprisonment, but the Supreme Court set him free on May 12 after declaring the trial a nullity for want of jurisdiction.

Kalu, in his motion on notice against the Federal Government, is seeking to set aside his trial and conviction.

The motion, for Charge No FHC ABJ/CR 56/2007, was signed by Prince Lateef Fagbemi SAN on behalf of 11 other lawyers.

They argued that no legal basis exists for Kalu’s continued incarceration because the Supreme Court on May 8 declared his trial a nullity and freed his co-defendant Jones Udeogu.

It was brought pursuant to Section 180 of the Administration of Criminal Justice Act (ACJA).

In it, Kalu prayed the court for four reliefs:

“An order setting aside the judgment of this Honourable Court dated the 5 day of December, 2019, under the hand of Hon Justice M.B. Idris, JCA the same having been given without jurisdiction:

“An order setting aside the sentence passed on each of the counts as applicable to the Applicant in the 39-count charge in charge No: FHC ABJ/CR 56/2007 – the sentences having been imposed without jurisdiction.

“An order directing that the Applicant be released forthwith, from the custody of the Nigerian Correctional Service Kuje Abuja FCT.”

He canvassed five grounds upon which the application was brought.

They are that he and his co-defendants “were tried and convicted at the Federal High Court by Justice Idris who in the course of trial was elevated to the Court of Appeal.

“The learned trial judge who conducted the trial has been held to have acted without jurisdiction in Suit No: SC.62C/2019 Udeh Jones  Udeogu V Federal Republic of Nigeria, a Supreme Court decision dated the day of May. 2020

“The joint trial of the Applicant with the 2nd and 3rd Defendants/Respondents having been pronounced a nullity by the Supreme Court, entities the Applicant to a release from his custodial sentence.”

The motion will be heard this month, but the trial date is expected to be communicated to the parties.