The World Health Organization bowed to calls Monday from most of its member states to launch an independent evaluation of how it managed the international response to the coronavirus, which has been clouded by finger-pointing between the U.S. and China over a pandemic that has killed over 300,000 people and levelled the global economy.

The “comprehensive evaluation,” sought by a coalition of African, European and other countries, is intended to review “lessons learned” from WHO’s co-ordination of the global response to COVID-19, but would stop short of looking into contentious issues such as the origins of the new coronavirus. U.S. President Donald Trump has claimed he has proof suggesting the coronavirus originated in a lab in China while the scientific community has insisted all evidence to date shows the virus likely jumped into humans from an animal.

WHO’s normally bureaucratic annual assembly this week has been overshadowed by mutual recriminations and political sniping between the U.S. and China. Trump has repeatedly attacked WHO, claiming that it helped China conceal the extent of the coronavirus pandemic in its early stages. Several Republican lawmakers have called on WHO Director-General Tedros Adhanom Ghebreyesus to resign.

U.S. Health and Human Services Secretary Alex Azar said Monday it was time to be frank about why COVID-19 has “spun out of control.”

“There was a failure by this organization to obtain the information that the world needed and that failure cost many lives,” Azar said. Speaking hours after Chinese President Xi Jinping announced China would provide $2 billion to help respond to the outbreak and its economic fallout, Azar said the U.S. had allocated $9 billion to coronavirus containment efforts around the world.

Tedros said he would launch an independent evaluation of WHO’s response “at the earliest appropriate moment” — alluding to findings published Monday in a first report by an oversight advisory body commissioned to look into WHO’s response.

The 11-page report raised questions such as whether WHO’s warning system for alerting the world to outbreaks is adequate, and suggested member states might need to “reassess” WHO’s role in providing travel advice to countries.

The Trump administration has claimed that WHO criticized a U.S. travel ban that Trump ordered on people arriving from China.

In his opening remarks at the WHO meeting, Tedros held firm and sought to focus on the bigger troubles posed by the outbreak, saying “we have been humbled by this very small microbe.”

“The pandemic has brought out the best and worst of humanity,” he said. “This contagion exposes the fault lines, inequalities, injustices and contradictions of our modern world. It has highlighted our strengths and our vulnerabilities. Science has been hailed and scorned. Nations have come together as never before. And geopolitical divisions have been thrown into sharp relief.”

China, meanwhile, sought to divert attention to its renewed efforts to slow the coronavirus pandemic, with Xi announcing the $2 billion outlay over two years to fight it. Last year, China donated about $86 million to WHO. 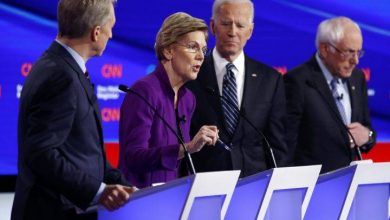 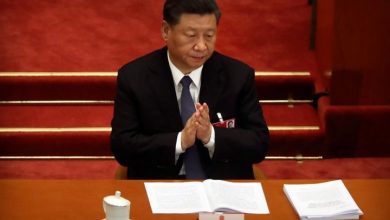 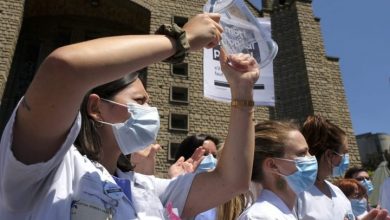 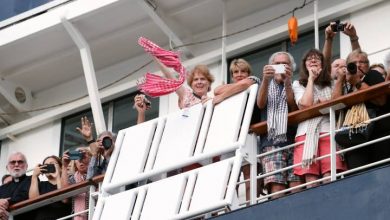