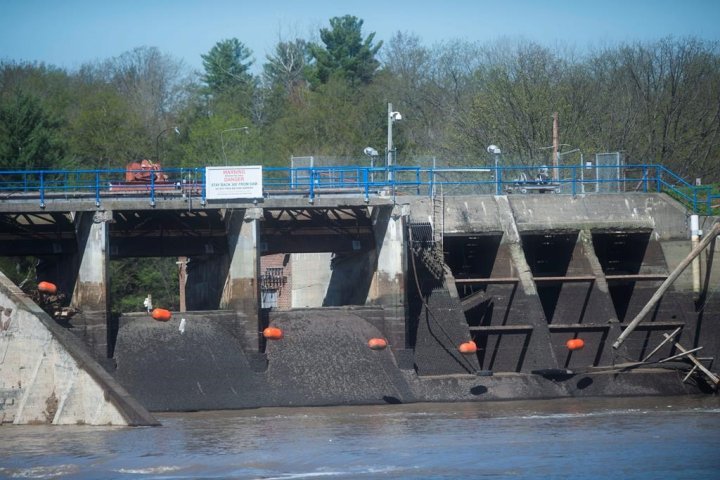 A hydroelectric dam that failed to hold back floodwaters this week in Michigan was the target of lengthy investigations by federal regulators, who revoked the facility’s license over safety violations two years before the flooding that forced 10,000 people to evacuate their homes.

Boyce Hydro Power’s history of violations lasted throughout the 14 years the company was authorized to run the nearly century-old Edenville dam, according to the Federal Energy Regulatory Commission, which said it repeatedly raised concerns about the dam’s ability to prevent flooding during extreme conditions because of its inadequate spillway capacity.

The dam on the Tobacco and Tittabawassee rivers, about 140 miles (225 kilometers) north of Detroit, was among several barriers overtaken Tuesday by floodwaters that chased people from communities in central Michigan. Gov. Gretchen Whitmer warned that Dow Chemical Co.’s hometown of Midland could end up under 9 feet of water. She said the state will investigate the dam operators.

The commission ordered Boyce Hydro to form an independent team to investigate three other dams it owns on the rivers that were vulnerable to a “cascading failure scenario.” Among them was the Sanford Dam, which also was damaged.

The commission planned to send a staff engineer to the site to assist with the investigation as soon as it could be done safely, Chairman Neil Chatterjee said in a statement.

The governor said the state was “reviewing every possible legal recourse.”

Lee Mueller, architect and co-member manager of the company, did not return calls for comment Wednesday from The Associated Press.

The Edenville dam, in Michigan’s Gladwin and Midland counties, includes a series of earthen embankments totaling about 6,600 feet (2,012 meters) long, with a maximum height of nearly 55 feet (16.8 meters). It forms a 2,600-acre reservoir known as Wixom Lake, a popular boating and fishing spot.

The dam has two reinforced concrete spillways to carry away excess water when reservoir levels get too high.

In its 2018 order revoking Boyce Hydro’s license, the commission said its primary concern about the dam was its inability to handle “the probable maximum flood” — the type of event that could be expected from “the most severe combination of critical meteorologic and hydrologic conditions that is reasonably possible” in the area.

Commission guidelines require that dams be able to withstand such a flood or have enough spillway capacity to prevent reservoirs from rising dangerously high. The Edenville dam’s spillway capacity was only about 50 percent of the probable maximum flood, the commission said.

Inadequate spillway capacity is a common problem for U.S. dams, an Associated Press investigation found in 2019.