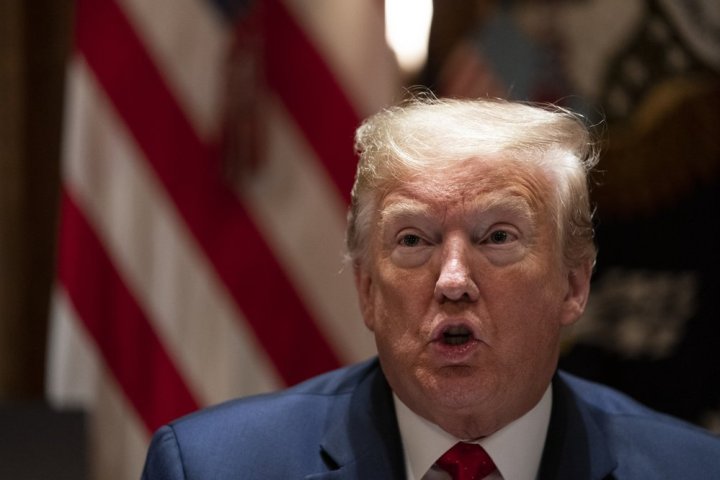 President Donald Trump on Wednesday threatened to hold up federal funds for two election battleground states that are trying to make it easier and safer to vote during the coronavirus pandemic. He backed away from that threat but stuck with his unsupported claim that widespread voting by mail promotes “a lot of illegality.”

The president targeted Michigan with a false tweet on its voting plans and also went after Nevada in the latest — and the most confused — episode in his campaign against voting by mail. The Centers for Disease Control and Prevention recommends it as a safe option during the pandemic.

Trump has said repeatedly, without evidence, that mailed ballots allow widespread fraud and has worried publicly that wide availability could lead so many people to vote that Republicans would lose in November. GOP allies have fought changes to voting in court and opposed funding to expand mail-in voting in Congress.

Wednesday marked the first time Trump has tried to use federal aid money to beat it back.

Trump began by going after Michigan, misstating Democratic Secretary of State Jocelyn Benson’s announcement that she would send applications for absentee ballots to every voter in the state. Though Republican secretaries of state have taken this step elsewhere, Trump pounced on the move in a state key to his reelection hopes.

“Michigan sends absentee ballots to 7.7 million people ahead of Primaries and the General Election,” Trump tweeted Wednesday morning. That brought strong criticism from Democrats in Michigan and elsewhere, pointing out that the state was sending applications, not actual ballots, an error the president corrected in a subsequent tweet six hours later.

He stuck with the rest of his tweet: “This was done illegally and without authorization by a rogue Secretary of State. I will ask to hold up funding to Michigan if they want to go down this Voter Fraud path!”

Trump later tweeted a similar threat to pull back funds from Nevada, which has sent ballots to voters for its June 9 state primary. A federal judge recently cleared Nevada’s decision to mail ballots, which were sent by the Republican secretary of state.

It was not clear exactly what funds Trump was referencing, but the states are paying for the voting changes with federal aid intended to support elections during the pandemic. By Wednesday evening, Trump told reporters he had spoken with Democratic Michigan Gov. Gretchen Whitmer and did not think funding would have to be cut.