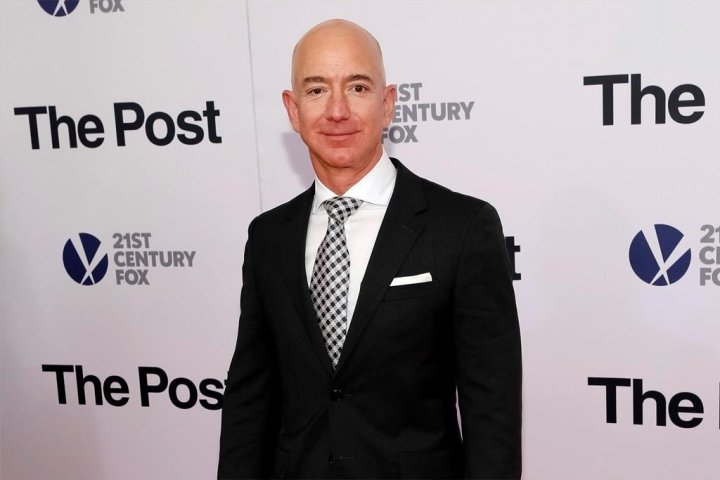 Billionaires in the U.S. grew wealthier by US$434 billion (or C$605 billion) during the coronavirus pandemic, according to figures analyzed by an American think tank.

Since March, Amazon’s Jeff Bezos saw his wealth grow by just over 30 per cent — or US$34.5 billion, says the report, a joint venture between the Institute for Policy Studies in Washington, D.C., and Americans for Tax Fairness.

The analysis is based on Forbes’ list of billionaires in 2020. The report looked at Forbes data from March 18 as well as Forbes data on real-time estimates of net worth on May 19.

Since March, Facebook’s Mark Zuckerberg saw his fortune grow by a little more than $25 billion (or just over 46 per cent), the analysis showed.

Also among the top five billionaires who saw their wealth grow: Bill Gates, Warren Buffett, and Larry Ellison. Everyone else included in the analysis saw an increase of nearly US$359 billion in the last two months.

Some billionaires did better than others. For instance, Elon Musk saw his net worth increase by 48 per cent since March, while Walmart’s Jim, Alice and Rob Walton each saw increases that were less than two per cent.

Not everyone on the list saw their wealth increase — beef supplier Henry Davis saw his wealth contract by four per cent over the last two months.

As pointed out by CNBC, some billionaires, while seeing their wealth grow since March, have experienced losses over the past year. For example, Buffett has lost nearly US$20 billion since last year, according to the Bloomberg Billionaires Index, while Bill Gates has seen a drop of more than US$4 billion.

Overall, American billionaires are now nearly 15 per cent richer in the two months since the pandemic was declared and lockdowns began.

There’s also more of them. Forbes had 614 U.S. billionaires listed in March, out of 2,095 billionaires worldwide. By May, the number of American billionaires had grown by 16 people, to 630.