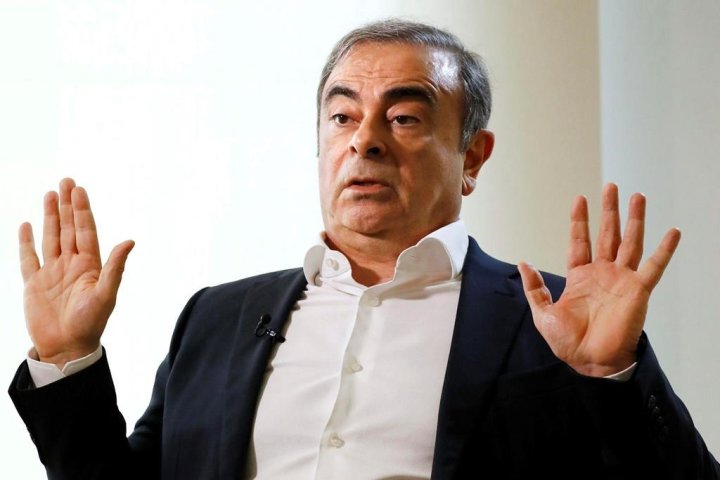 A former Green Beret and his son were arrested Wednesday in Massachusetts on charges they smuggled Nissan Motor Co. Chairman Carlos Ghosn out of Japan in a box while he awaited trial there on financial misconduct charges.

Michael Taylor, a 59-year-old former Green Beret and private security specialist, and Peter Taylor, 27, are wanted by Japan on charges they helped Ghosn escape the country in December after he was released on bail.

The Taylors were arrested by the U.S. Marshals Service in Harvard. They appeared before a federal judge from jail via video conference, wearing orange jumpsuits and tan face coverings because of the coronavirus pandemic.

An attorney for the Taylors said they plan to challenge Japan’s extradition request “on several legal and factual grounds.”

“Michael Taylor is a distinguished veteran and patriot, and both he and his son deserve a full and fair hearing regarding these issues, both before the courts and the executive branch,” Paul V. Kelly said in an email.

The tale of the daring escape began on Dec. 28, 2019, when Peter Taylor arrived in Japan and met with Ghosn at the Grand Hyatt Tokyo for about an hour, authorities said.

Just before 10 a.m. the next day, Michael Taylor flew into Osaka, Japan, on a chartered Bombardier Global Express jet from Dubai with another man, George-Antoine Zayek, carrying two large black boxes with them.

The elder Taylor was experienced with sticky situations. Over the years, he has been hired by parents to rescue abducted children, gone undercover for the FBI in a sting on a Massachusetts drug gang and worked as a contractor for the U.S. military in Iraq and Afghanistan. The last assignment had landed him in a Utah jail for 14 months, caught in a federal contract fraud case that upended Taylor’s family and finances before he agreed to plead guilty to two charges.

It’s not clear yet how Ghosn hooked up with Taylor.

At their arrival, Taylor and Zayek, his Lebanese-born colleague, told airport employees they were musicians carrying audio equipment. Meanwhile, Ghosn, who was out of custody on a hefty bail, headed to the Grand Hyatt in Tokyo and met up with Peter Taylor in his hotel room, authorities said.

The elder Taylor and Zayek joined after a brief stop to rent a separate room near the airport. And soon after their arrival, the group left the Grand Hyatt and split up.