‘The end of Hong Kong’: Activists call for protests against planned Chinese law 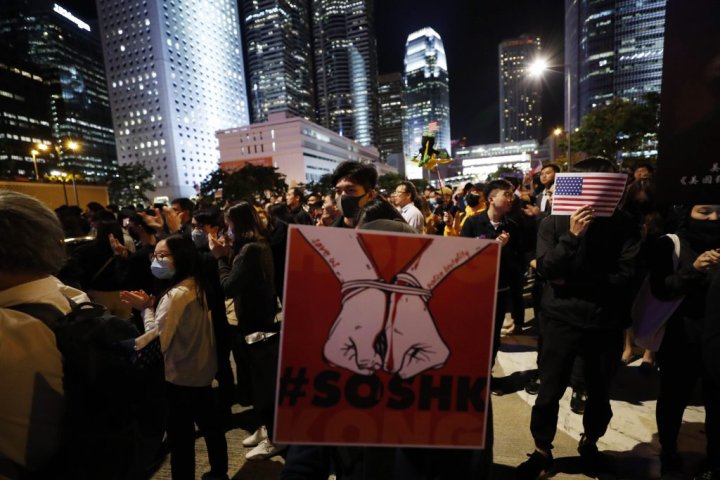 Hong Kong activists called for a protest march on Friday against Beijing’s plans to impose national security legislation in the city, prompting alarm that the new laws could erode its freedoms through “force and fear”.

“We kind of expected China to do something to suppress us. This step is too much,” said Leung, 21, a criminology student in Hong Kong.

The move hit financial markets, due to concerns the semiautonomous city’s status as a global financial hub was at risk, with Hong Kong stocks selling off as China’s parliament sat on Friday to discuss the new law.

While it was unclear whether the unauthorised march, proposed to start at noon near the central financial district and end at China’s Liaison Office, will materialise, it was a sign that Hong Kong could soon plunge into renewed unrest.

The legislation could be a historical turning point for Hong Kong and heighten geopolitical tensions between Beijing and Washington, whose relationship is already weakened by trade disputes and reciprocal accusations over the coronavirus pandemic.

“It is starting to look like a U.S.-China summer of discontent in the making,” said Stephen Innes, chief global market strategist at AxiCorp.

Innes said the new law could potentially reignite the pro-democracy demonstrations of 2019, the biggest crisis the former British colony has faced since it returned to Chinese rule in 1997.

Speaking on Friday in his annual report to the Chinese parliament, Premier Li Keqiang said China will establish a “sound” legal system and enforcement mechanisms to ensure national security in Hong Kong and Macau, its other semi-autonomous city.

China’s proposed new legislation for Hong Kong requires the territory to quickly finish enacting national security regulations under its mini-constitution, the Basic law, according to a draft of the legislation seen by Reuters.

The document said the law will tackle secession, subversion and terrorism activities, as well as foreign interference. It says it will safeguard the central government’s “overall jurisdiction” as well as Hong Kong’s “high autonomy”.

A previous attempt to adopt similar legislation in 2003 was met with a protest that drew around half a million people onto the streets and was eventually shelved.