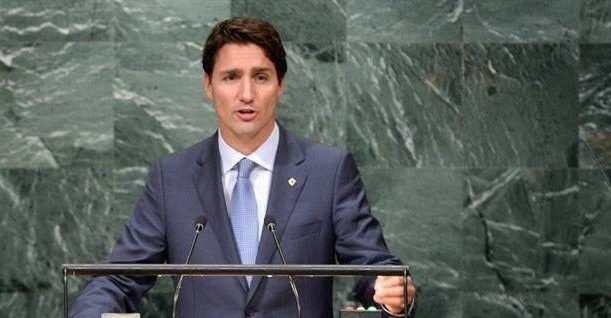 Many of the diplomats who get to cast a vote for the temporary members of the United Nations Security Council (UNSC) will tell you they love you to your face but then vote for your enemy.

And why not? It’s a secret ballot. Which means no one ever knows which specific diplomats lied about their vote.

“People lie all the time,” said Adam Chapnick, a professor at the Canadian Forces College in Toronto and the author of Canada on the United Nations Security Council, an excellent diplomatic history of Canada’s six successful bids for a seat on the UNSC and its two unsuccessful bids.

In the book, Chapnick charted the scorecard Canada had for its last attempt to win a UNSC seat on Oct. 21, 2010. In a battle between Germany, Portugal and Canada for two available seats, the government of Stephen Harper had managed to secure the support from diplomats representing 150 countries — including 135 who put it in writing that they would vote for Canada. To win a seat, a candidate country has to clear a threshold of two-thirds of the members of the general assembly, or 127 votes.

But on the first ballot, Canada was shocked to find that it had finished third with just 114 ballots. And while Germany just managed to get over the necessary 127-vote threshold, Portugal had not. And so there was a second ballot, and this time, even more voters abandoned Canada. The country finished with 78 votes, got the message and withdrew from the race.

You should also READ  Johnson & Johnson to pull baby powder from Canada, U.S. due to dropping demand

Clearly, about one-quarter — and possibly as many as one-half — of the diplomats who promised Canada their vote in 2010 were never true to their word.

And yet, despite the famous inconstancy of the UNSC voter, Prime Minister Justin Trudeau is spending a considerable amount of time this month wooing them ahead of this year’s UNSC vote, to be held in New York City on June 21. And, in doing so, Trudeau is binding himself — and himself only — to the success or failure of the bid.

Prime ministers have actively sought out seats on the Security Council before, but usually the foreign affairs minister for each one either fronted the bid or was one of the publicly visible politicians on the bid. But Trudeau’s three foreign affairs ministers — Stéphane Dion, Chrystia Freeland and, now, François-Philippe Champagne — were or are more closely identified with other files like NAFTA, Iran’s downing of the Ukraine International Airlines jet or the global response to COVID-19.

“I think (Trudeau has) been reminded by his cabinet and caucus that this is on him,” said Colin Robertson, who is now the vice-president of the Canadian Global Affairs Institute after a long career as a Canadian diplomat. “He got us into this personally, and we didn’t have to do that. And so if he wants it, he’s really got to go after it. And I think he is going after it. I think he seemed to get that. He has to do this.”

Harper and his government sloughed off the 2010 loss as something they didn’t want to win anyhow — they would not sacrifice principles to win votes or, to use the phrase Conservatives bandied about at the time, they would not go along to get along. Indeed, by the time it had made its way through the Conservative spin machine, losing the 2010 vote was touted as a sign of Canada’s virtue, not failure.

It will be different this time.