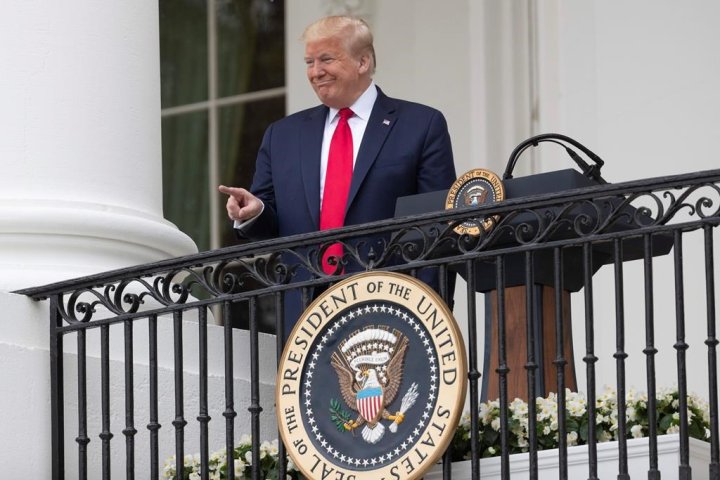 Twitter spokesperson Katie Rosborough said in a statement to Global News that his tweets contained “potentially misleading information about voting processes and have been labeled to provide additional context around mail-in ballots.”

“Moving forward, we may use these labels and warning messages to provide additional explanations or clarifications in situations where the risks of harm associated with a Tweet are less severe but where people may still be confused or misled by the content. This will make it easier to find facts and make informed decisions about what people see on Twitter,” the statement read.

The fact-checking label was placed under one of Trump’s tweets about the upcoming election.

But on the bottom left-hand corner of the tweet lay a small blue circle with an exclamation point inside it, followed by the words “get the facts about in-mail ballots” that link to articles that call out Trump’s post as an “unsubstantiated claim.”

The page also contains “what you need to know” sections that summarize counterarguments and shows articles about mail-in ballots that have been published by credible news sources.

This is a developing news story. More information will be updated as it becomes available.