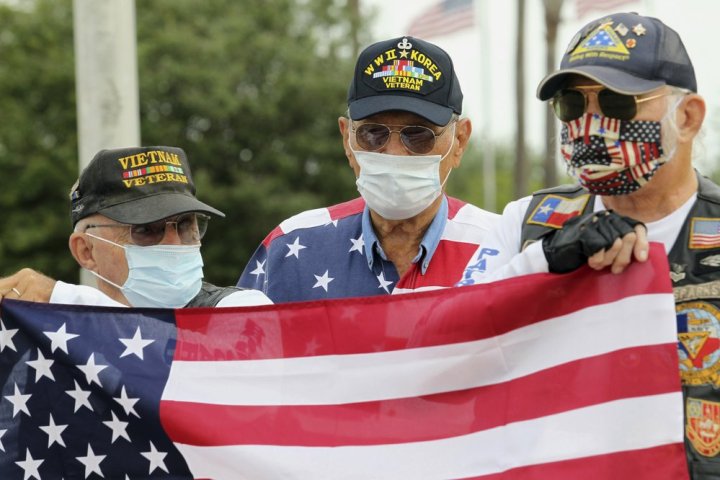 The risks of reigniting coronavirus outbreaks are complicating efforts to fend off further misery for the many millions who have lost jobs, with a top health expert warning that the world is still in the midst of a “first wave” of the pandemic.

“We’re still very much in a phase where the disease is actually on the way up,” Ryan told reporters, pointing to South America, South Asia and other areas where the number of infections is still on the rise.

Mindful of the risks, Americans settled for small processions and online tributes instead of parades Monday as they observed Memorial Day in the shadow of the pandemic.

A U.S. travel ban was due to take effect Tuesday for foreigners coming from Brazil, where the virus is raging through communities with no signs of abating. The ban, originally to take effect Thursday, was moved up. It does not apply to U.S. citizens.

Underscoring the challenge of containing outbreaks of a virus for which there is not yet a vaccine or proven treatment, India reported a record single-day jump in new cases for the seventh straight day. The country reported 6,535 new infections on Tuesday, raising its total to 145,380, including 4,167 deaths.

Most of India’s cases are concentrated in the western states of Maharashtra, home to the financial hub Mumbai, and Gujarat. The numbers have also climbed in some of India’s poorest states in the east as migrant workers stranded by lockdowns have returned to their native villages from India’s largest cities.

India has nonetheless been easing restrictions. Domestic flights resumed on Monday after a two-month hiatus, though at only a fraction of normal traffic levels.

Australia’s prime minister said that international travel could resume with New Zealand before Australians are allowed to fly interstate if cautious state leaders refuse to reopen their borders.

Prime Minister Scott Morrison said he spoke with his New Zealand counterpart, Jacinda Ardern, on Tuesday about resuming regular travel between the near-neighbours, which have shared similar success in slowing the coronavirus spread, though not eliminating new cases altogether.

Tests by a U.S. biotechnology company, Novavax, have begun in Australia with hopes of releasing a proven vaccine this year. A Novavax executive said 131 volunteers were getting injections in the first phase of the trial to test the vaccine’s safety and effectiveness.