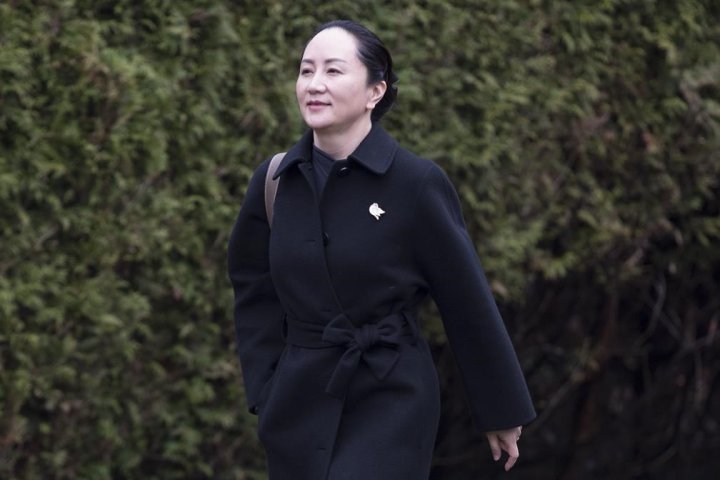 The British Columbia Supreme Court is scheduled to release a key decision today in the American extradition case of Huawei executive Meng Wanzhou.

Justice Heather Holmes is releasing her ruling on the issue of so-called double criminality.

The legal arguments centre on whether the allegations Meng is facing in the United States would be a crime in Canada.

The decision could lead to her release or it could start a new round of legal arguments, including whether her arrest at Vancouver’s airport in December 2018 was unlawful.

The United States has charged her with fraud over allegations she violated American sanctions against Iran, which she and the Chinese telecommunications giant have denied.

Her lawyers have argued the court should dismiss the case because Canada has rejected similar sanctions, while the Crown has said the judge’s role is to determine if there’s evidence of fraud.