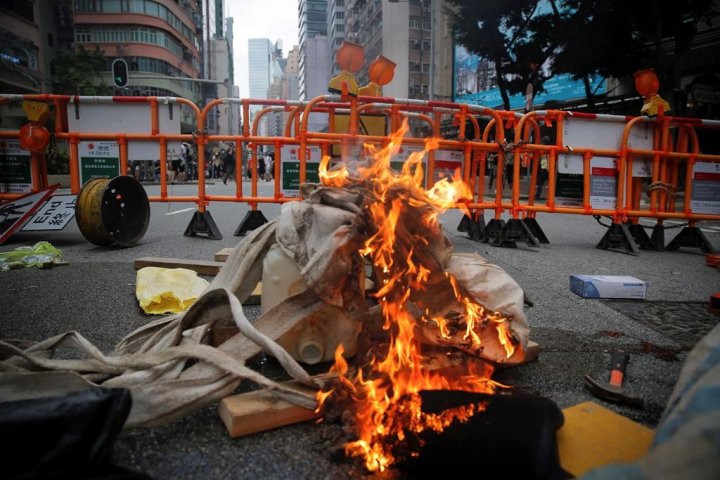 The government of Canada claims that it stands with the people of Hong Kong on the eve of new Chinese laws on sedition and treason that are being imposed on the territory.

Foreign minister Francois-Philippe Champagne has joined Australia and the United Kingdom in expressing deep concern about what China is up to. But there has not been a whiff of anything substantive from Ottawa to counter Beijing on Hong Kong or anything else.

As bold as Prime Minister Justin Trudeau has gotten so far over China’s plan to crush dissent in the former British dependency was his declaration on Monday that “it is going to be important for the Chinese government to engage in constructive conversations with citizens of Hong Kong to ensure we de-escalate the tensions.”

No kidding. And fat chance.

While Ottawa equivocates, China is moving with great haste to impose its will on Hong Kong. The new security laws, which were announced only days ago, are expected to be rubber-stamped by the National People’s Congress on Thursday without any discussions of any kind with people in Hong Kong, if you exclude those handpicked by China to speak for the city.

For Canada, there are complications aplenty beginning and ending with the saga of the Two Michaels and the house arrest of Huawei executive Meng Wangzhou while she awaits a decision of whether she will be extradited to face serious fraud charges in the U.S.

If the court decision on Meng expected Wednesday in Vancouver goes against her, the torrent of verbal abuse and threat of trade sanctions from Beijing will likely be far worse than anything Canada has heard yet.

A foretaste of what may be coming was provided Tuesday by China’s foreign ministry spokesman, Zhao Lijian, who e demanded Tuesday that Canada “release Ms. Meng and ensure her safe return to China at an early date to avoid more damage” to relations between the two countries.

Meng may only be round one. If there’s a harsh police or army clampdown in Hong Kong, a tug of war could develop between Beijing and Ottawa over the 300,000 Canadian citizens who now live there.

Until now, the prime minister has not elaborated on what, if anything, his government intends to do to assist them, their kin or the many other Hong Kong residents with Canadian connections if they ask for help.

As there are only a couple of flights a day still linking Hong Kong and Canada, if some sort of mass evacuation becomes necessary, fashioning an air bridge would be highly problematic without China’s cooperation.