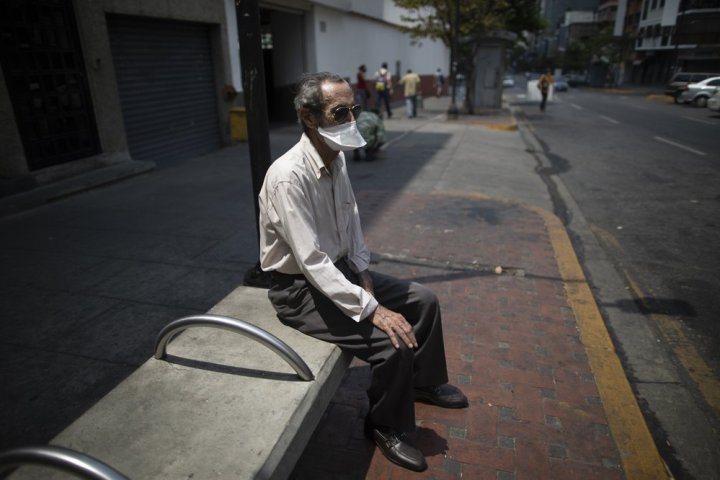 Defying dire predictions, Venezuela so far seems to have avoided the coronavirus wave striking much of South America.

But experts warn that while the virus may have been slow to spread here, due in large part to Venezuela’s isolation, the number of daily illnesses could soon climb high enough to severely test the country’s already dilapidated health system.

President Nicolás Maduro’s government says the nation of roughly 25 million people has done widespread testing while recording just over 1,200 virus cases, along with 11 deaths, since the first case was diagnosed in mid-March.

The low figures raise doubt among some critics about the accuracy of the testing program and government reporting. Other independent health experts, however, don’t think Maduro could conceal a significant surge in cases.

“If things were worse than they are now, we would have seen a lot coming out from social media — people talking about the increase of cases, hospitals being overrun,” said Dr. Gerardo de Cosío, the Caracas-based head of the Venezuela office of the Pan American Health Organization and the World Health Organization.

Neighboring Brazil has seen more than 270,000 cases and nearly 20,000 deaths so far, while Peru, Chile and Ecuador have each had tens of thousands of cases. There have been thousands of deaths in Peru and Ecuador and hundreds in Chile.

In Venezuela, officials had been reporting under a dozen new illnesses daily. But that’s started creeping upward, and new illnesses now exceed 100 some days.

The rise is worrying many observers.

A main concern is a lack of running water.

The report cited a hospital that officials identified as needing better water services. However, human rights investigators found that nearly a year after work began in mid-2019, the hospital still doesn’t have consistent running water or access to potable supplies — despite being designated as one of 46 hospitals in Venezuela to treat coronavirus patients.