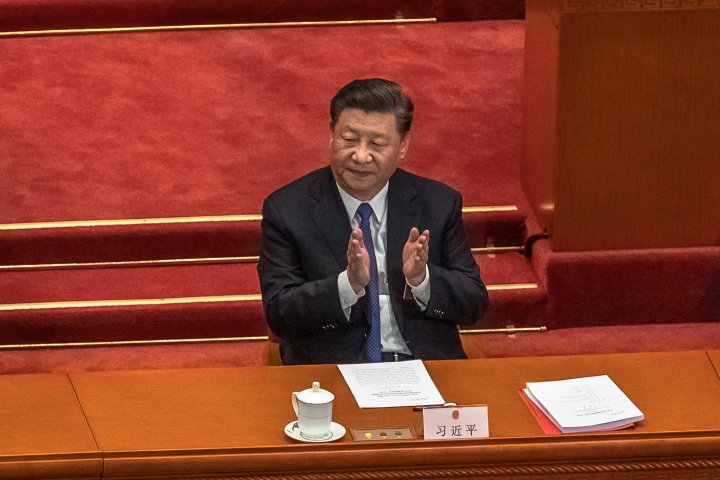 China moved to tighten control over Hong Kong on Thursday, as its legislature endorsed a controversial new national security law that many countries — including Canada — have warned will stomp on the liberties of Hong Kong citizens.

The bill has ignited protests in the former British colony and set off alarms around the globe. Canada, the United States, the United Kingdom and Australia issued a second joint statement on the situation on Thursday, reiterating their “deep concern” for Beijing’s decision to impose the law in Hong Kong.

That came after Prime Minister Justin Trudeau said last week that Canada is concerned about the situation in Hong Kong and called for de-escalation and for China to engage in “constructive talks” with Hong Kong on the matter.

But Canada hasn’t gone as far as to say it will act in any way if the new security bill is imposed. When asked whether Canada would take further action, a spokesperson for Minister Francois-Philippe Champagne directed Global News to the joint statement issued by the four allies.

Charles Burton, an associate professor of political science at Brock University and senior fellow at the Macdonald-Laurier Institute, said the Canadian government’s response so far on Hong Kong “fits in” with its “overall approach” to Canada-China relations.

Relations have been particularly strained in the last few years, with the arrest of Huawei executive Meng Wanzhou, the detention of two Canadians in China and spats over the import of Canadian meat and canola products into China.

“We don’t want to say anything that the Chinese government would not like to hear, because we’re afraid that if we do so, that there will be retaliation by China and negative consequences for Canada,” he said.

“It’s conceivable the Chinese government could, on some spurious grounds, stop those materials from coming into Canada, resulting in even more unnecessary deaths,” he said.

Canada might also be concerned about retaliation against Canadian citizens living in Hong Kong, he added.

The new security law for Hong Kong approved Thursday would forbid secessionist and subversive activity, as well as foreign interference and terrorism, once it comes into effect.