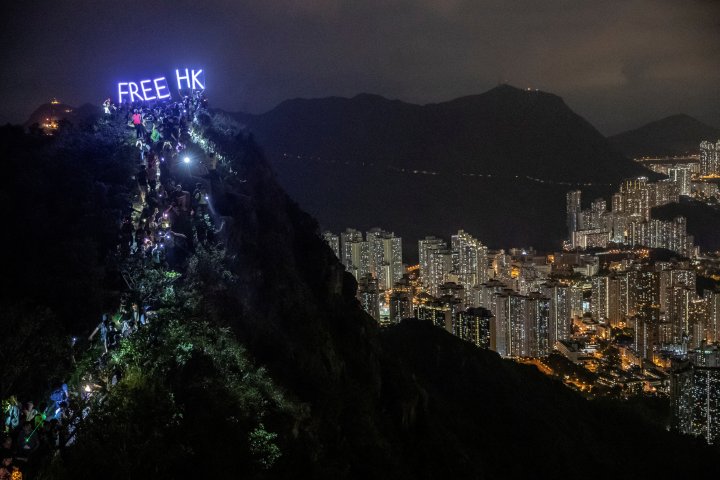 LONDON ⁠— The United Kingdom, the United States, Australia and Canada scolded China on Thursday for imposing a new security law that they said would threaten freedom and breach a 1984 Sino-British agreement on the autonomy of the former colony.

“Hong Kong has flourished as a bastion of freedom,” the United Kingdom, the United States, Australia and Canada said, adding their “deep concern regarding Beijing’s decision to impose a national security law in Hong Kong.”

China’s parliament approved a decision to go forward with national security legislation for Hong Kong that democracy activists in the city and Western countries fear could erode its freedoms and jeopardize its role as a global financial hub.

The United Kingdom, the United States, Australia and Canada said the new legislation would “curtail the Hong Kong people’s liberties, and in doing so, dramatically erode Hong Kong’s autonomy and the system that made it so prosperous.”

“China’s decision to impose the new national security law on Hong Kong lies in direct conflict with its international obligations under the principles of the legally-binding, UN-registered Sino-British Joint Declaration,” they said.

“We are also extremely concerned that this action will exacerbate the existing deep divisions in Hong Kong society,” they said in the joint statement.

China says the legislation will aim to tackle secession, subversion, terrorism and foreign interference in the city but the plan, unveiled in Beijing last week, triggered the first big protests in Hong Kong for months.

“We call on the Government of China to work with the Hong Kong SAR Government and the people of Hong Kong to find a mutually acceptable accommodation that will honor China’s international obligations under the UN-filed Sino-British Joint Declaration,” the UK-US-Canadian-Australian statement said.