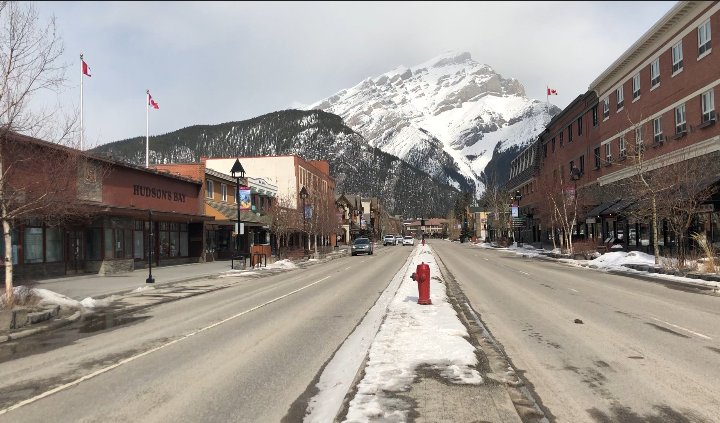 Banff is all about tourism. In fact, almost its entire economy is tourism-based.

Prior to the novel coronavirus, about $3 billion in spending in Alberta was generated by the town each year. The total Alberta economic impact from tourism is about $9 billion annually.

Banff is home to Canada’s oldest national park as well as one of Alberta’s youngest municipalities. The town was established in 1990. Only people who work in the national park can live in the four-square-kilometre town.

Darrah says 90 per cent of Banff’s economy is directly or indirectly supported by tourism.

In the first couple of weeks of the pandemic and subsequent shutdown, as many as 6,000 people — in a town with a population of about 9,000 — were laid off. Early estimates had unemployment at 80 to 85 per cent, Darrah said.

On Tuesday, the mayor announced the town was welcoming back visitors. Karen Sorenson explained Banff National Park won’t have any services available until early June, but the town is open for businesses.

She also said typically, more than 50 per cent of Banff’s visitors come from outside Canada.

“We do have a tourism task force in place,” Sorenson told Global News. “Not only are we looking at the immediate relaunch, and getting our businesses open and sustainable again, but we’re looking further down the road as to what tourism will look like.”

In a usual year, more than four million people come to Banff National Park and more than 80 per cent of those people visit the town, Darrah said.

About half of Banff’s visitors come from outside Canada, but the regional-international ratio can fluctuate based on season.