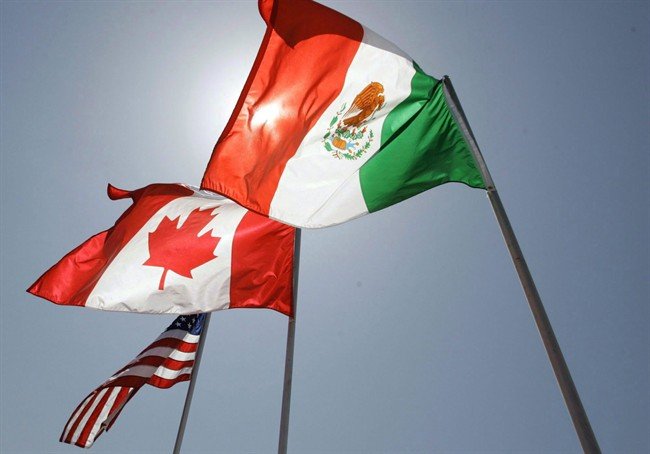 If trade deals were football players, Canada’s agreement with the United States and Mexico would have been considered a second-stringer a year ago compared to President Donald Trump’s original Hail Mary effort to secure a new pact with China.

But now that COVID-19 has rendered China an international pariah and touched off a global movement to “reshore” manufacturing capacity, the U.S.-Mexico-Canada Agreement suddenly finds itself in the spotlight — and under pressure to bring home a win.

“Serendipitous is the right word,” said Pedro Artunes, chief economist of the Conference Board of Canada, of the political and economic conditions that will greet the USMCA when it comes into force July 1.

The agreement — known in official Canadian circles as CUSMA or ACEUM, T-MEC in Mexico and “the new NAFTA” pretty much everywhere else — was forged during an arduous 13 months in 2017 and 2018, long before “pandemic” would become a household word across North America. This summer, it will make its debut in a world dramatically different than that of its predecessor.

In the U.S., where Trump is shrugging off a COVID-19 death toll that surpassed 100,000 on Wednesday and aggressively cheerleading a rapid return to business as usual, the White House is now clearly counting on the USMCA, as well as its signatories, to help lead the North American recovery.

You should also READ  NDP caucus to discuss whether to support new NAFTA, Jagmeet Singh says

“Once the economies get on their feet you’re going to see? a real pickup in trade. Canada and Mexico are very important trade partners,” Trump economic adviser Larry Kudlow said earlier this week.

“USMCA is, by the way, twice the trading activity — two-way trading — that China is, so my answer to you is yes, it’s going to add quite a lot to GDP and jobs.”

There is, of course, a political dimension as well. With the USMCA in force and an economic recovery potentially in full swing, Trump will be on the campaign trail in advance of the November election, and wants to be able to point to the agreement — one of the few enduring triumphs of his fraught first term — as a success.

Not everyone in Canada is as enthusiastic.

Canadian dairy farmers and processors, for one, say the combined impact of Canada’s trade deal with the European Union, the Trans Pacific Partnership and now the USMCA will set them back to the tune of $320 million a year, to say nothing of the impact of the pandemic. Automakers and parts suppliers, too, have lobbied hard for more time to get ready.

“Pre-pandemic, most Canadian businesses were like, ‘Let’s get this thing ratified and entered into force as quickly as we can, so we can once again have predictability and stability in our most important and significant trading relationship,”’ said Adam Taylor, founder of Export Action Global, an international trade consulting firm.